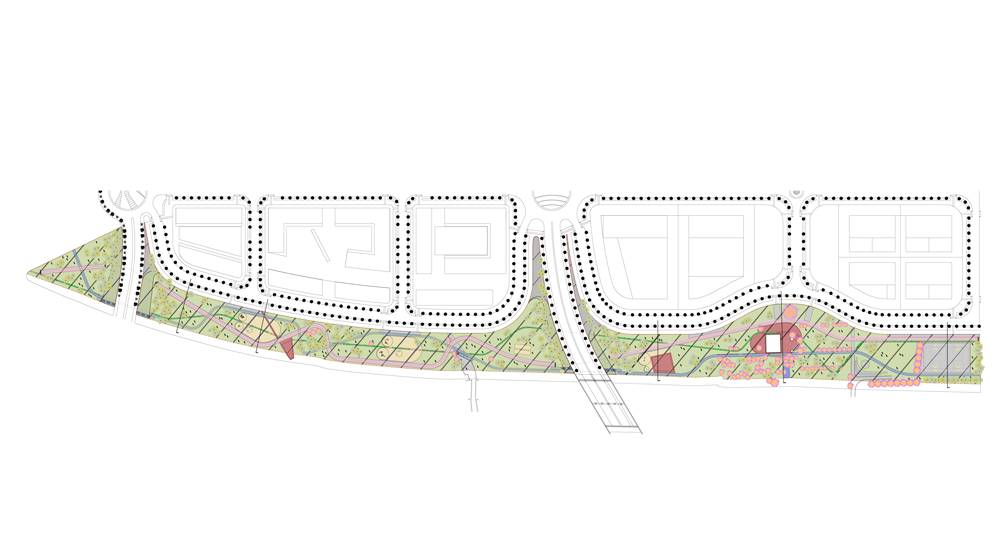 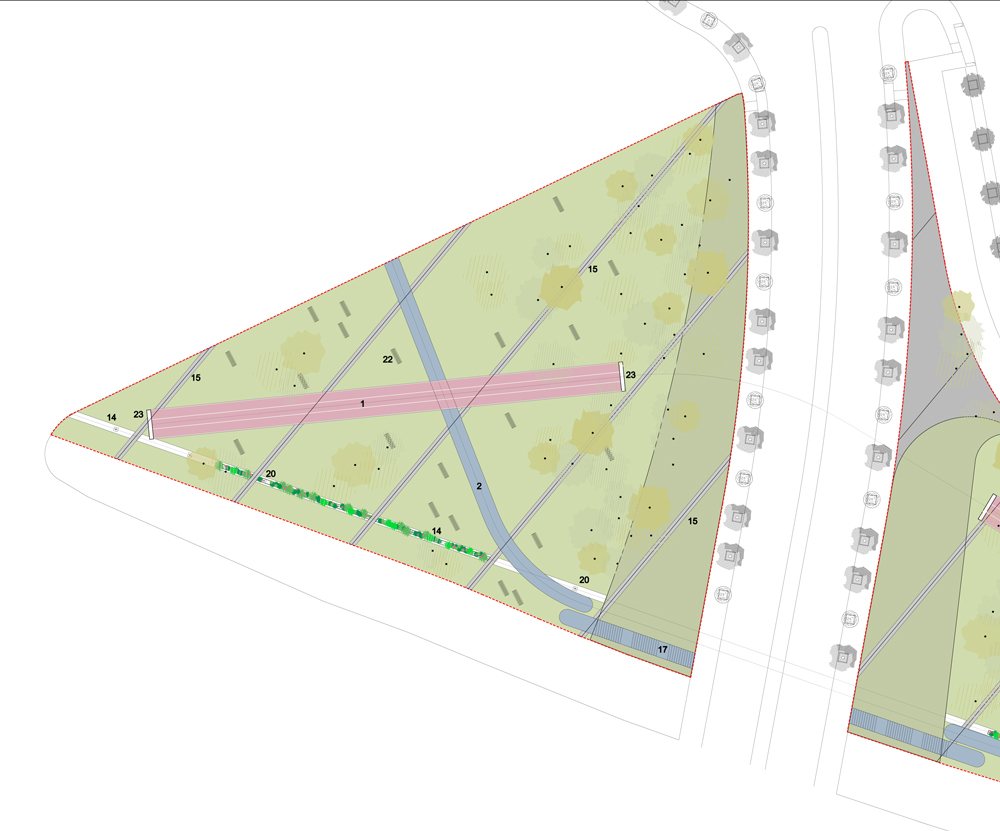 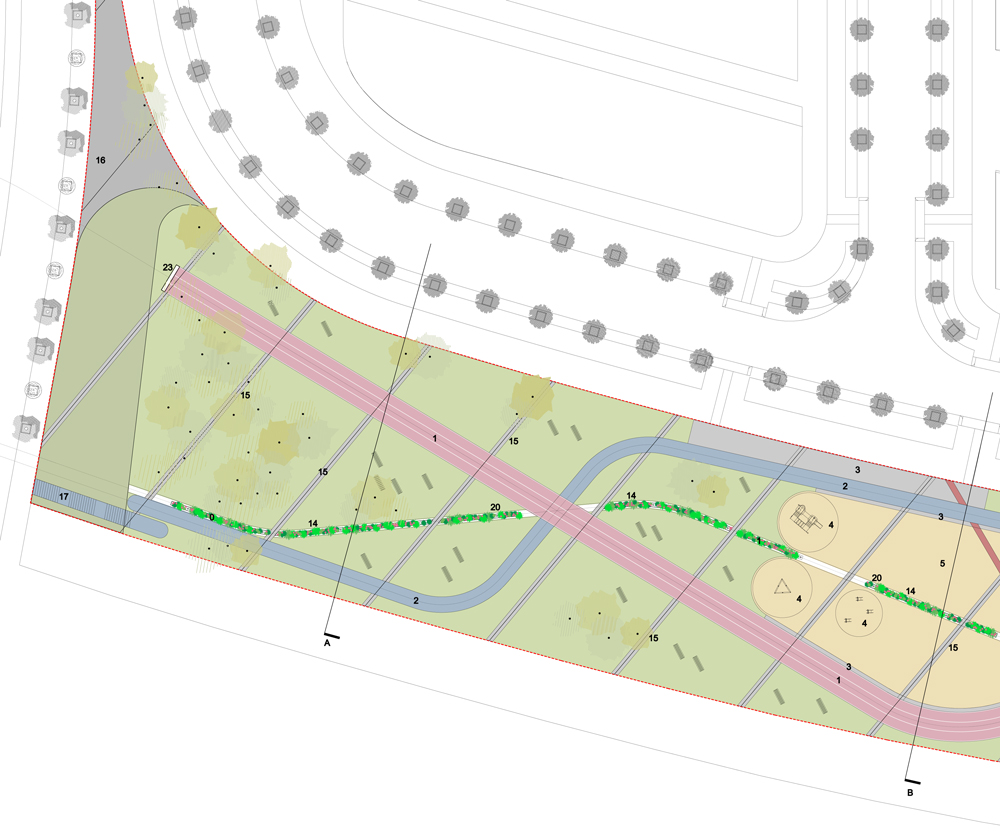 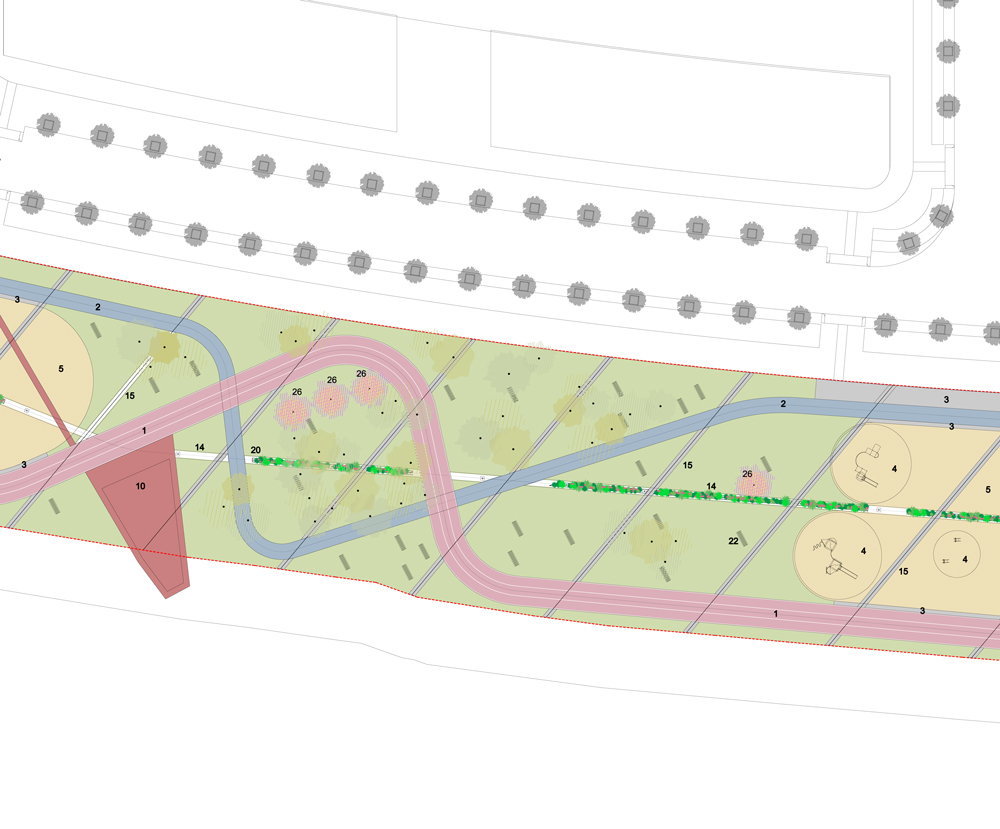 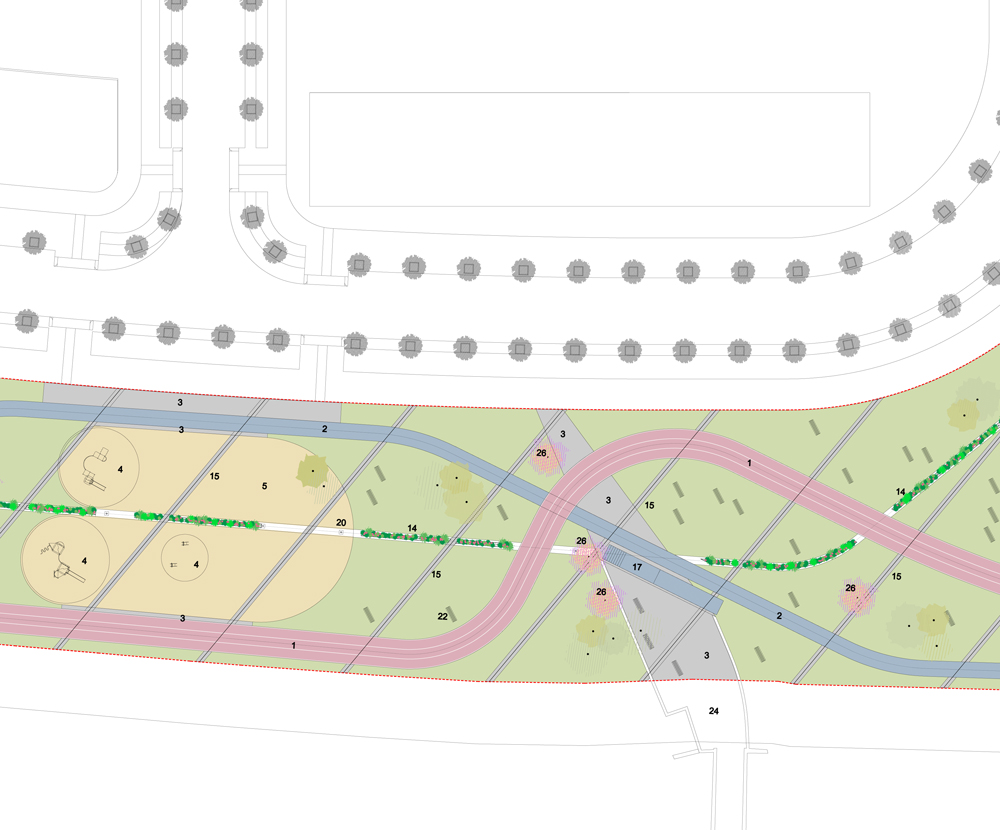 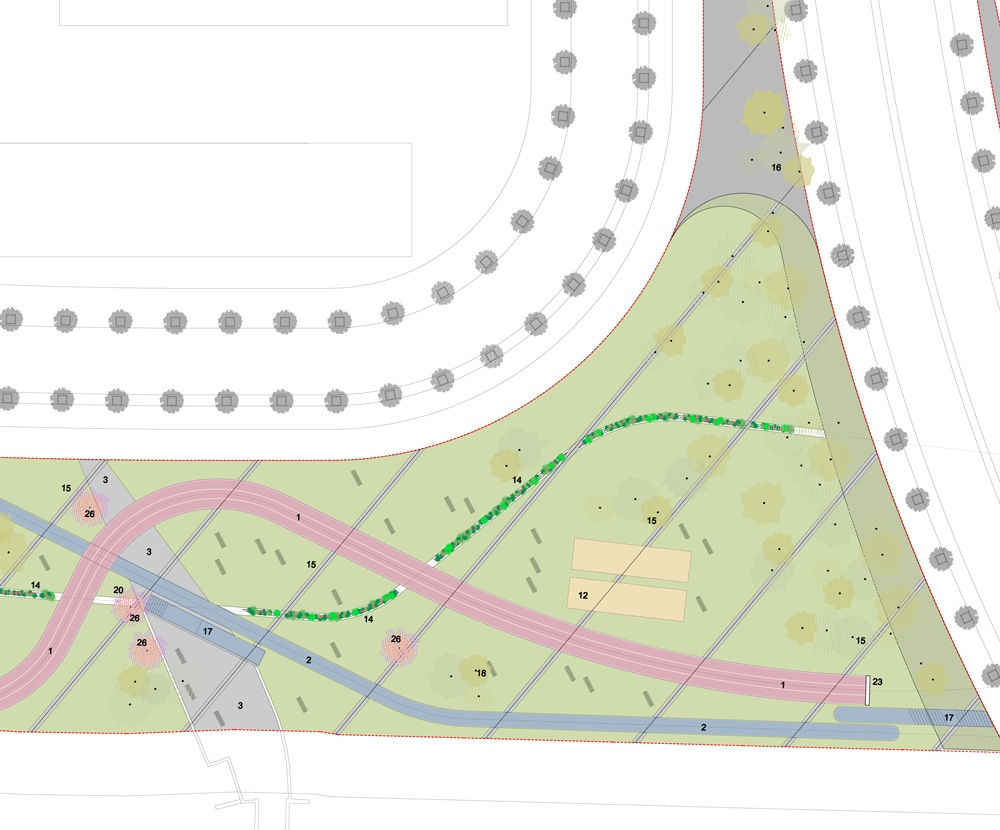 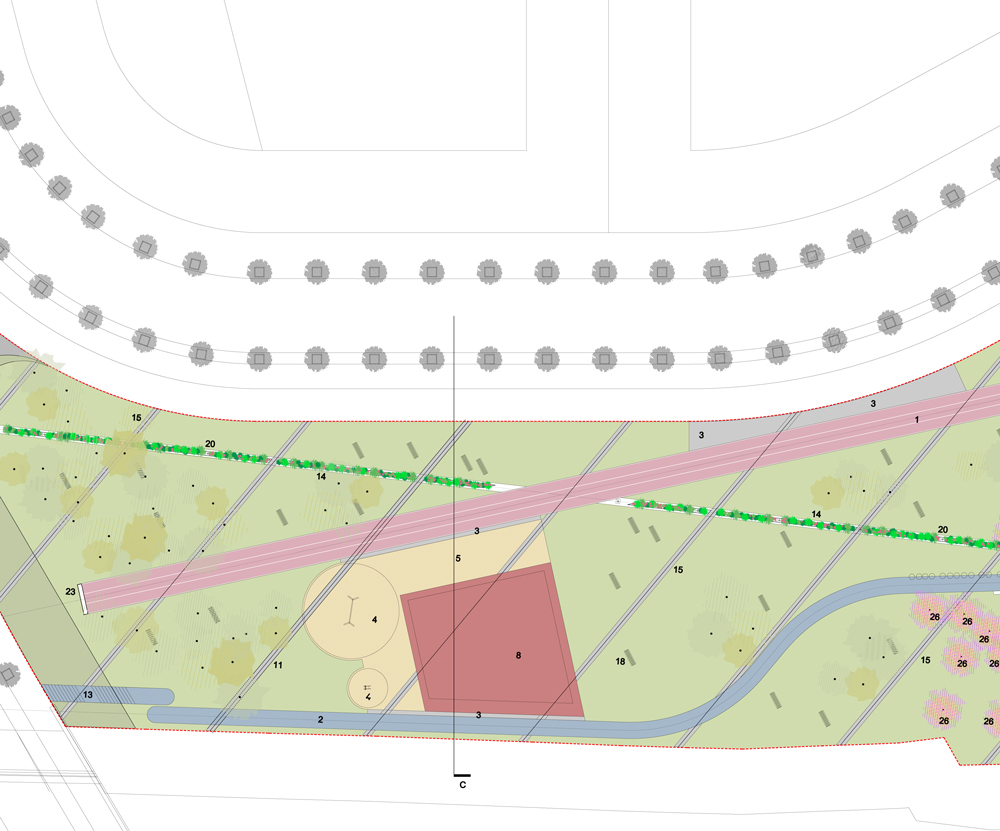 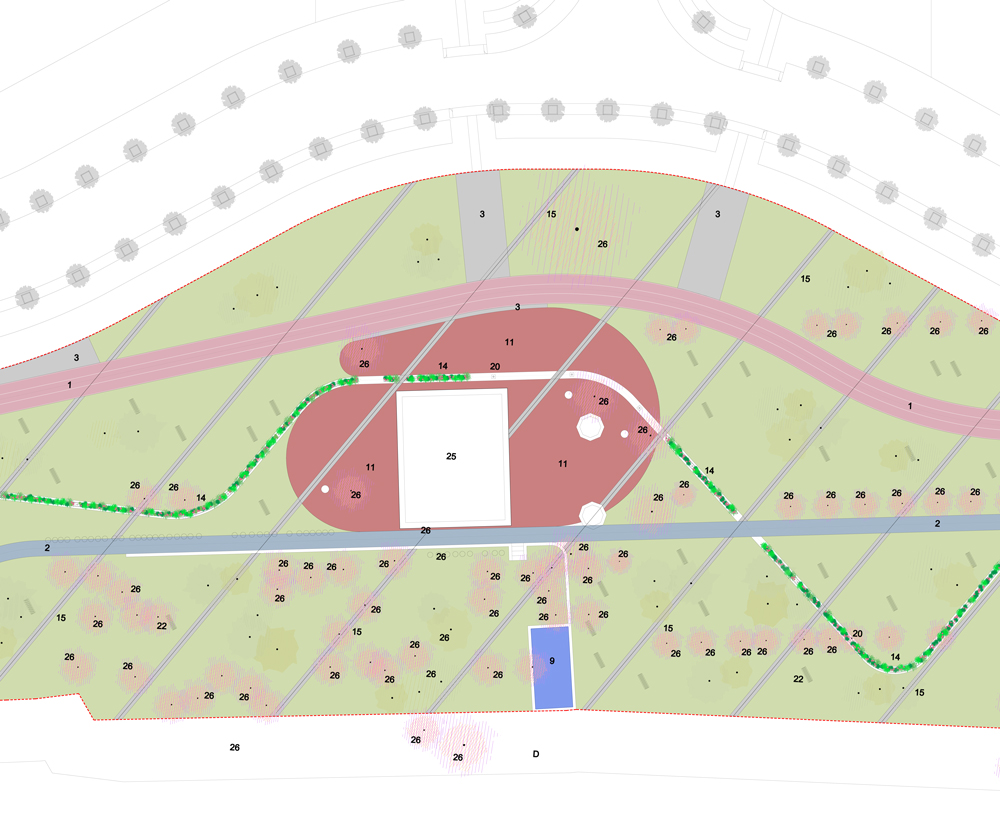 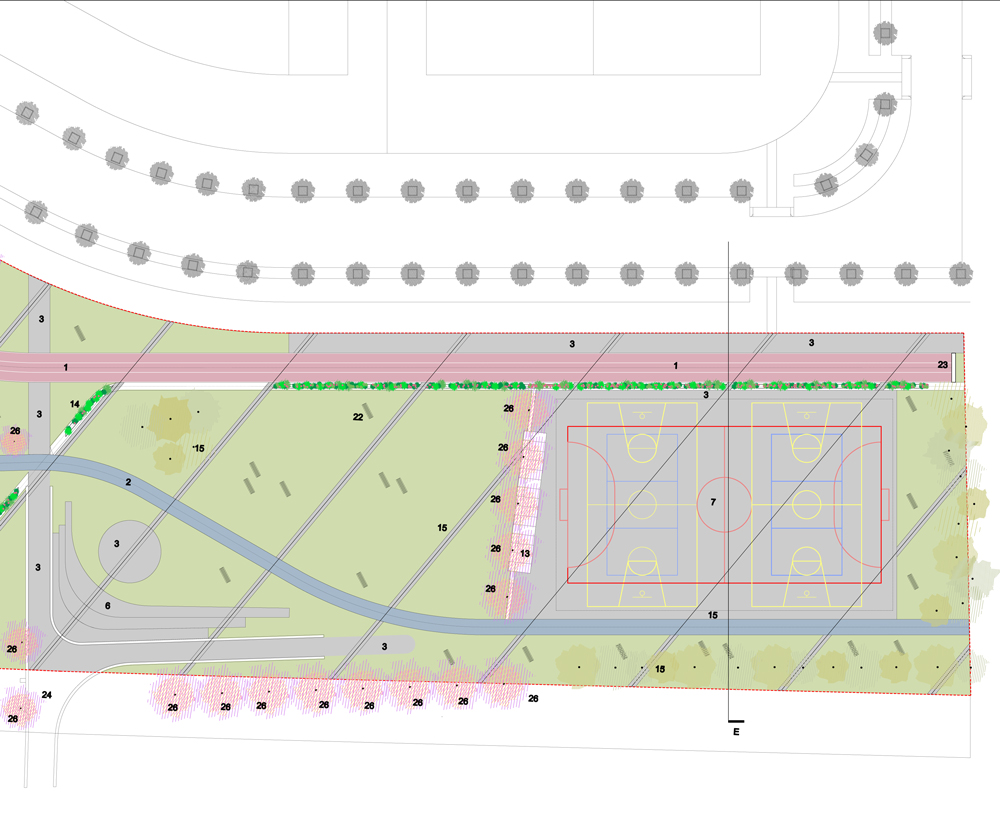 Bellisens Urban Park is included in the Masterplanning of Sector H-11 “Bellisens West”, in the city of Reus.  With an approximate area of 59ha and a length and width of 400 and 35 metres respectively, there are three subzones (A, B and C) clearly differentiated due to a couple of road bridges that connect the sector with the city over the train line.  Even if split apart, it has been considered adequate to use a common design criteria to all three subzones due to having similar characteristics in terms of relative position and immediate context.

For this reason, as well as for the geometric shape of the site, being a long and narrow piece of land, it is proposed a series of continuous elements of architecture set out longwise, which will organise each of these subzones.  Two of these three architecture elements correspond to two footpaths: (1) the sport footpath of 4m wide and (2) the promenade footpath of 2m wide.  The third element corresponds to an artificial dried riverbed newly created along which run basic services such as electricity and water for irrigation.  Both low planting and public lighting will be placed along the riverbed.  The three elements are set so that they interweave with each other for distributing, articulating and defining zones, encouraging thus accessibility to all areas of the park.

Some existing elements such as brickwork pools, an old country house with a small chapel, a lush group of trees, some old footpaths with their crossings over the train line, small containing walls, etc. have been integrated in the design of the park and within the sinuous footpaths.  Due to the slightly larger dimension of the subzone A, the sport pitches will be located here, together with the old country house.  In this way, this subzone A becomes a park equipped slightly with uses, while the other two subzones are left as parks in a rather pure way.