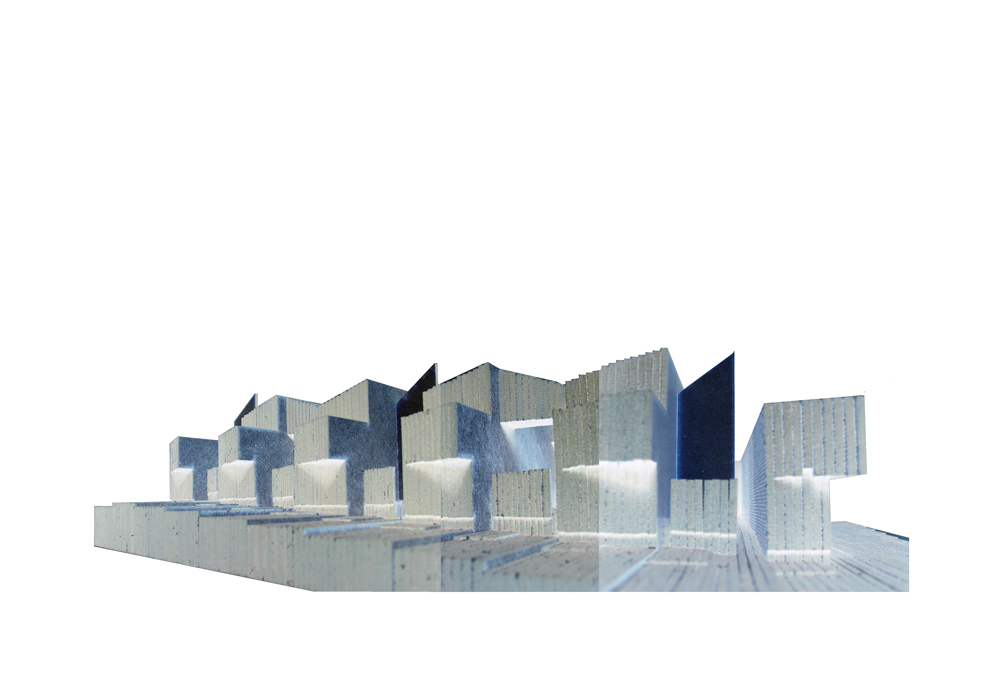 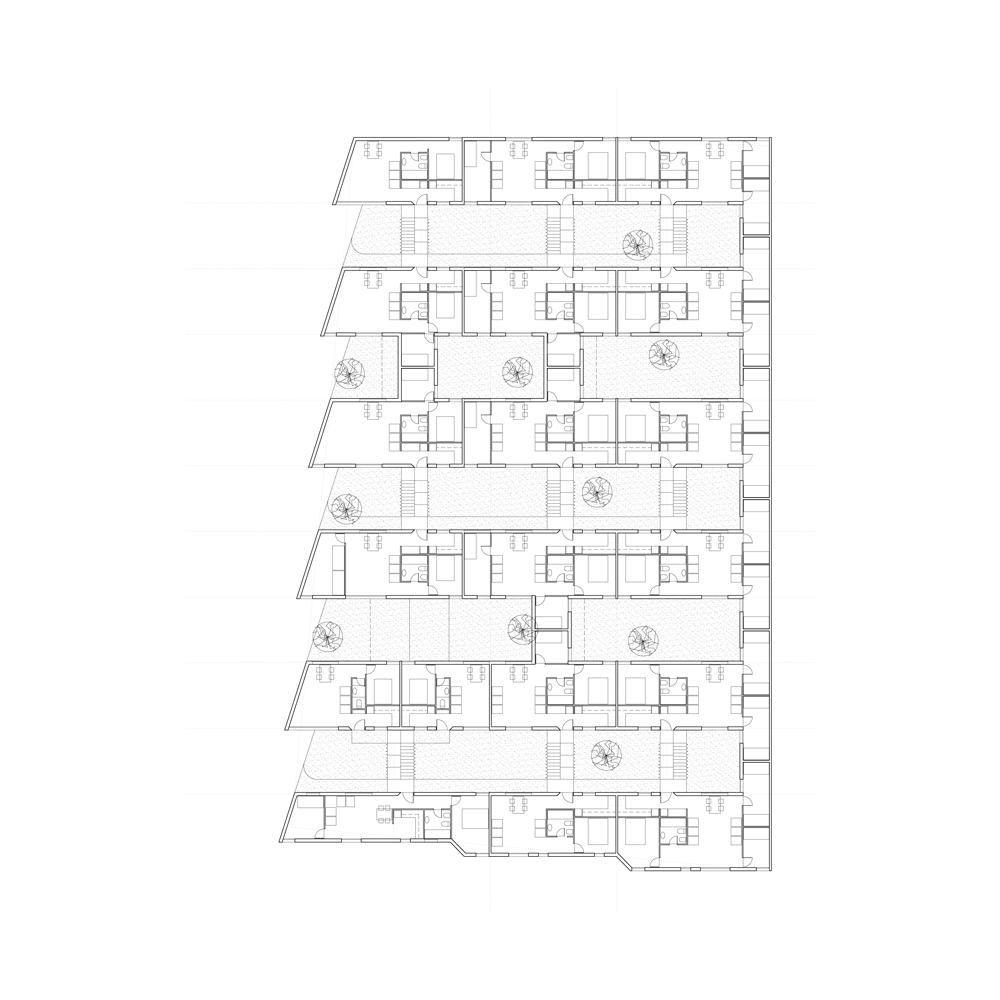 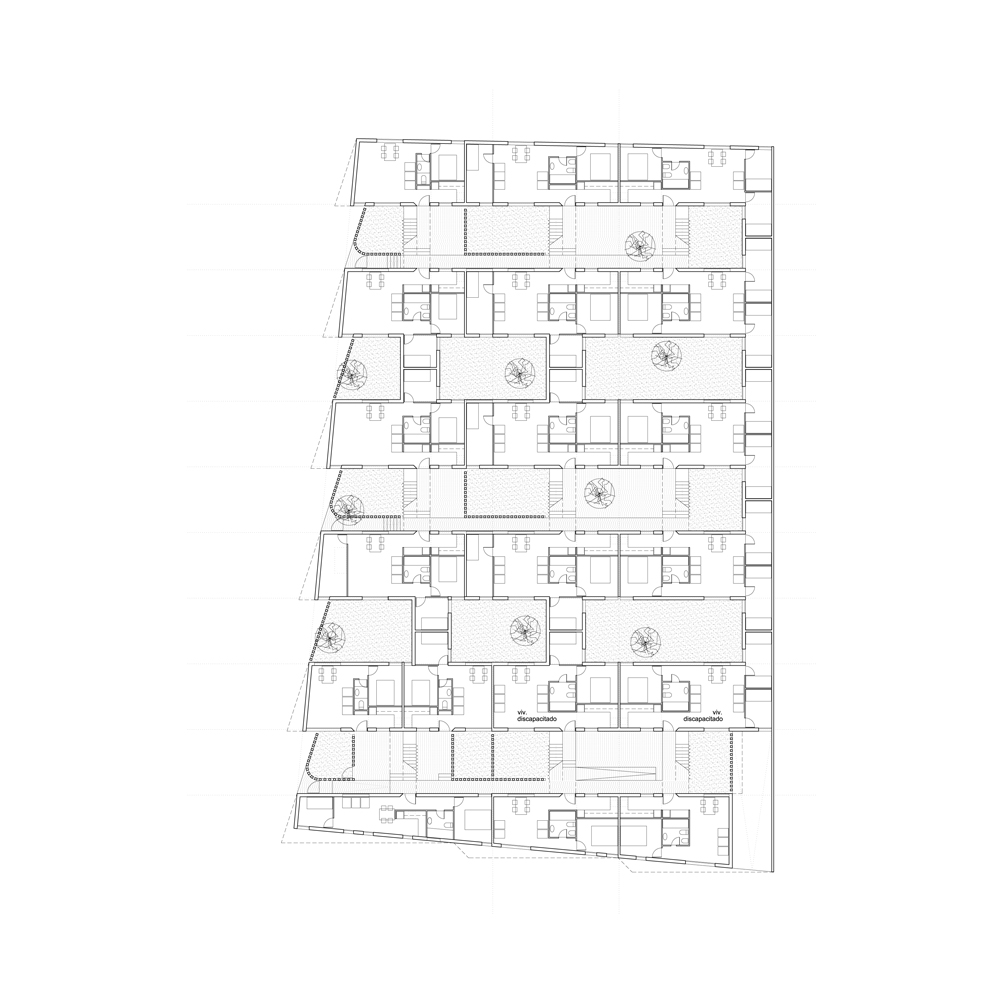 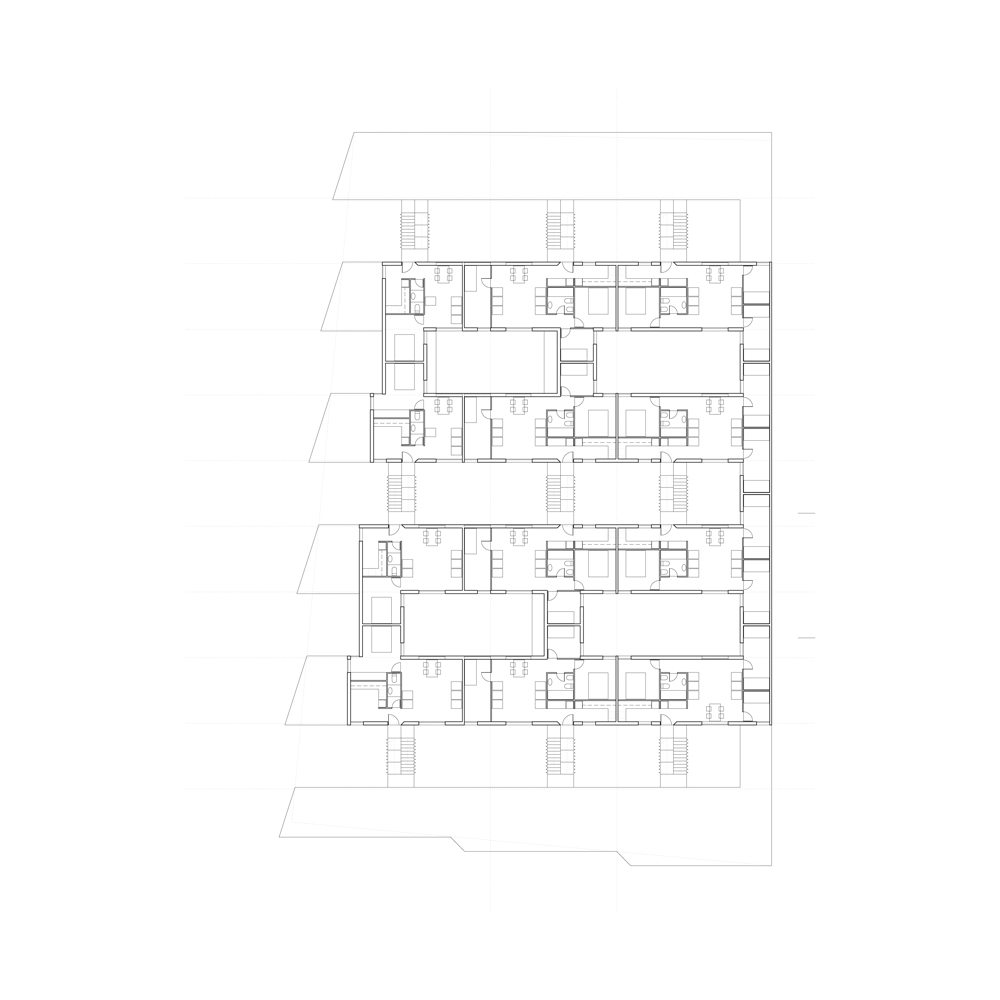 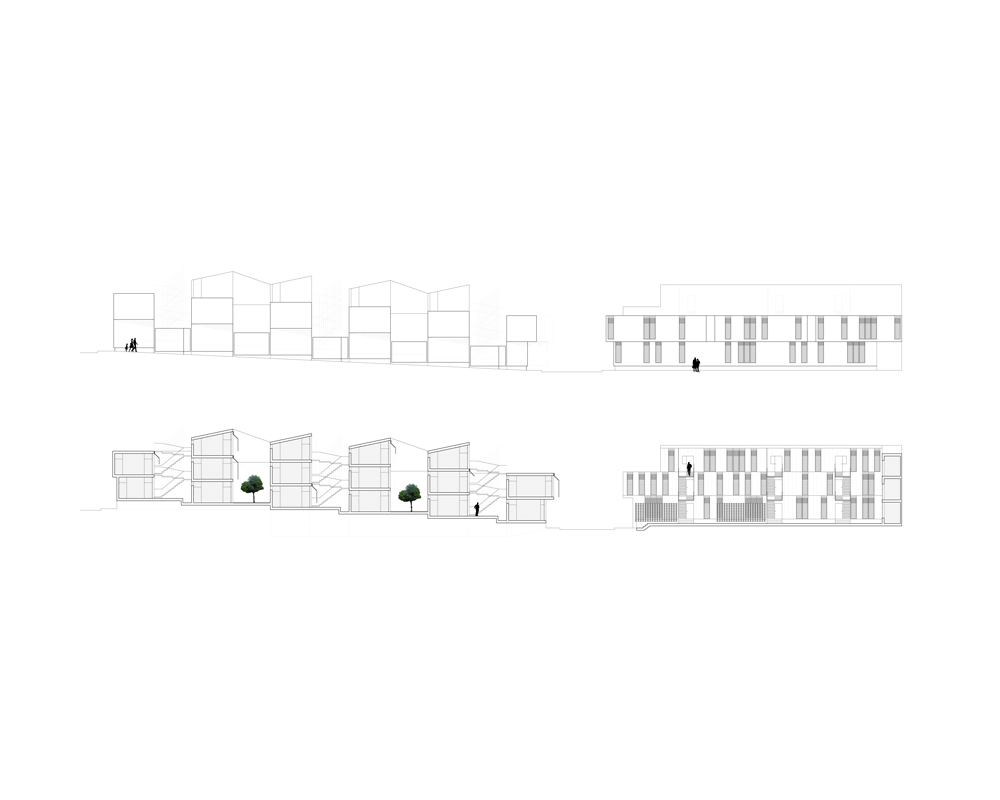 The existing topography and the solar orientation are two of the main organizing principles of the scheme.  The overall massing is configured by six filled elements and five voids between them, which step down along the site, parallel to its short side.  This configuration adapts well to the three metre set back at the top floor, as required by the local building regulations.  Cross ventilation and shading between the six blocks are voluntary characteristics of the scheme.  The courtyard between buildings reclaim its future appearance, therefore the party wall is also built.

The built strips close themselves to the north and to the neighbour behind while they open to the front courtyard facing south.  The third bedroom and the access stairs are placed between buildings offering an identity as well as a way of filtering the late afternoon sun.  The long courtyard breathes toward its street side.  Structural brick walls perpendicular to the party wall throw irregular interior spaces, better suited, towards the street side of the site.  This, together with the cantilever, creates a playful game of oblique lines and views in the west elevation, resulting in a strong and characterful image, where is most adequate, that is, at the entrance.

The dwelling is approached from the simple idea of a compact spatial distribution by means of saving floor circulation to add it to the living areas.  In this way, the living room adopts a central position around which the rest of spaces are located.  This organizing pattern is easily adaptable to the different sizes of the dwellings, that is, one, two or three bedrooms.