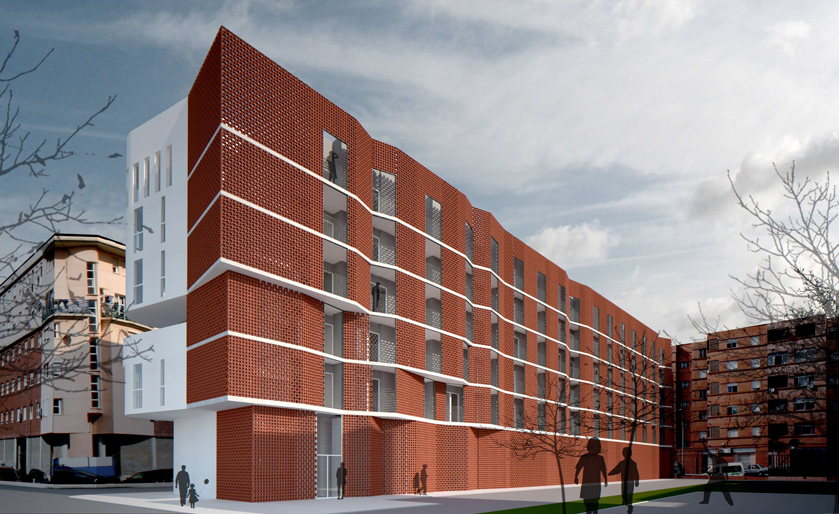 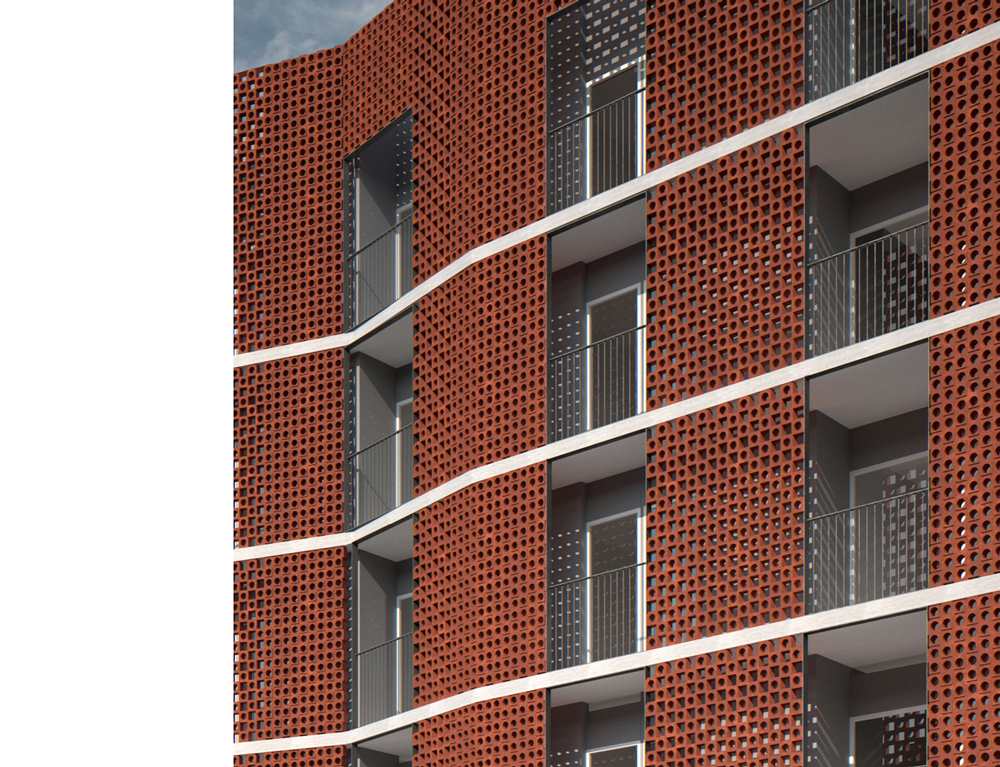 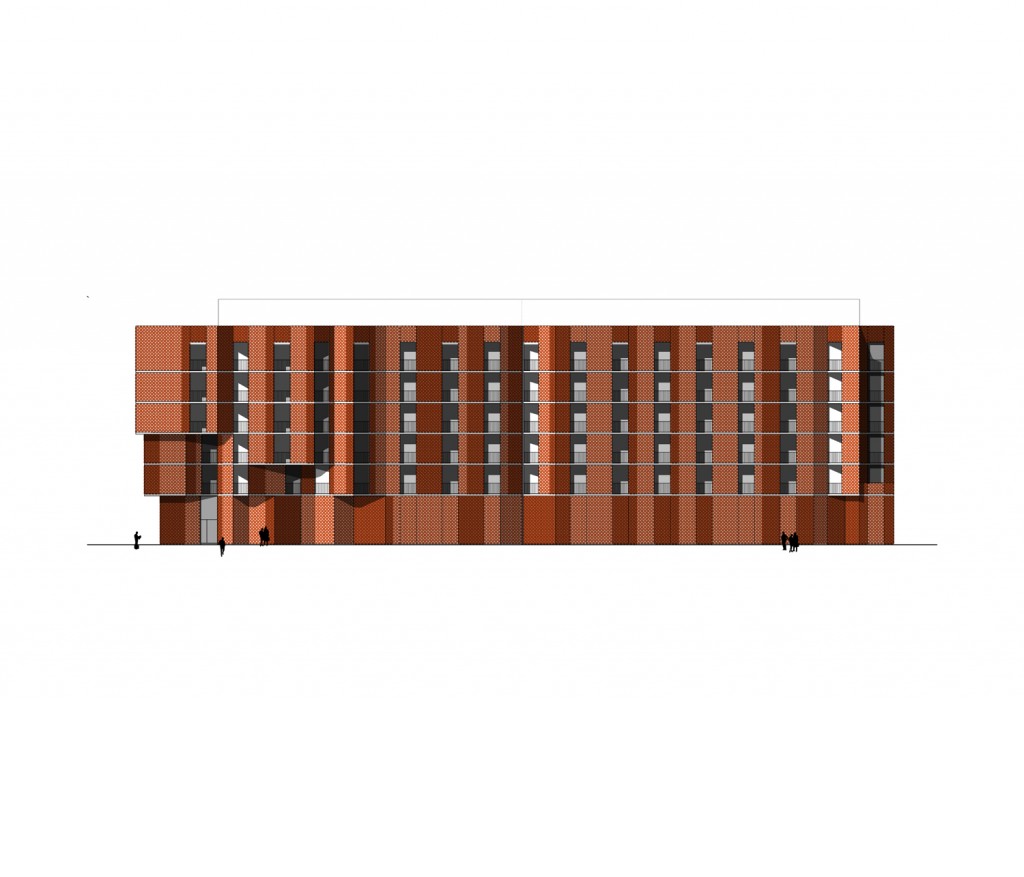 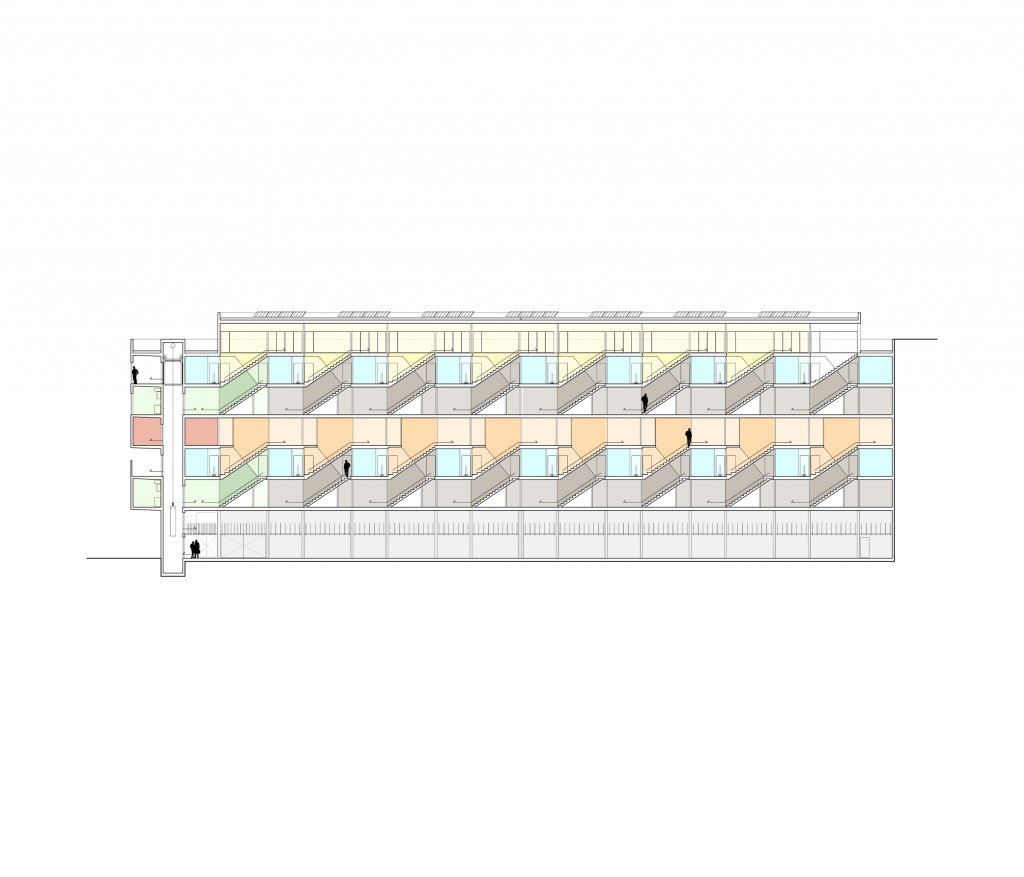 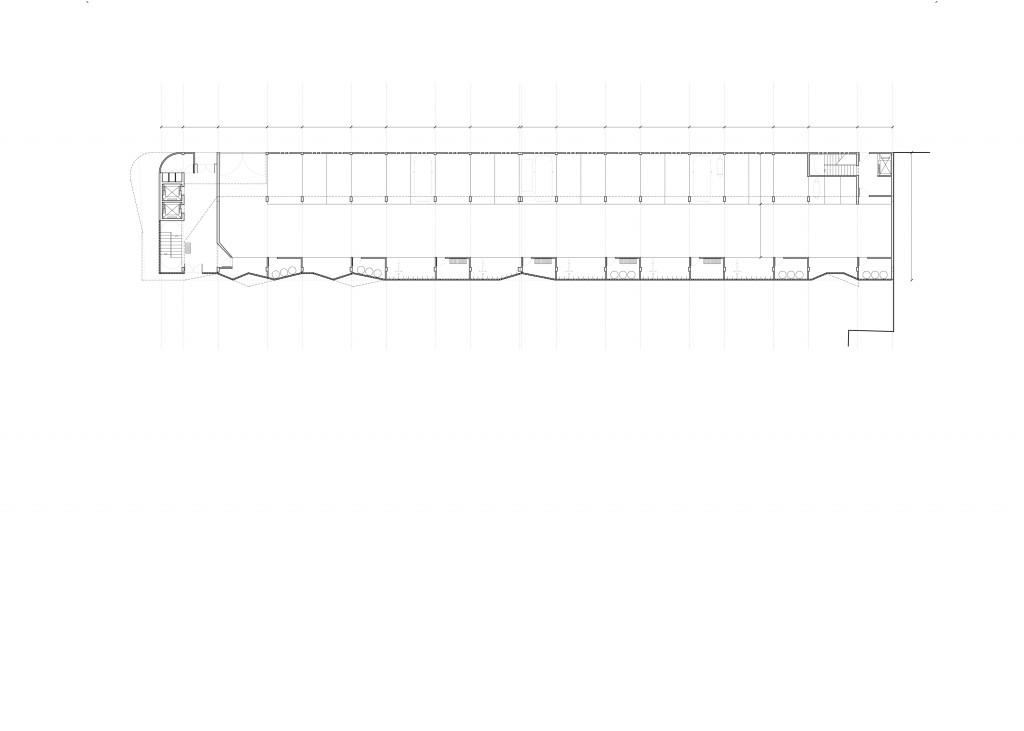 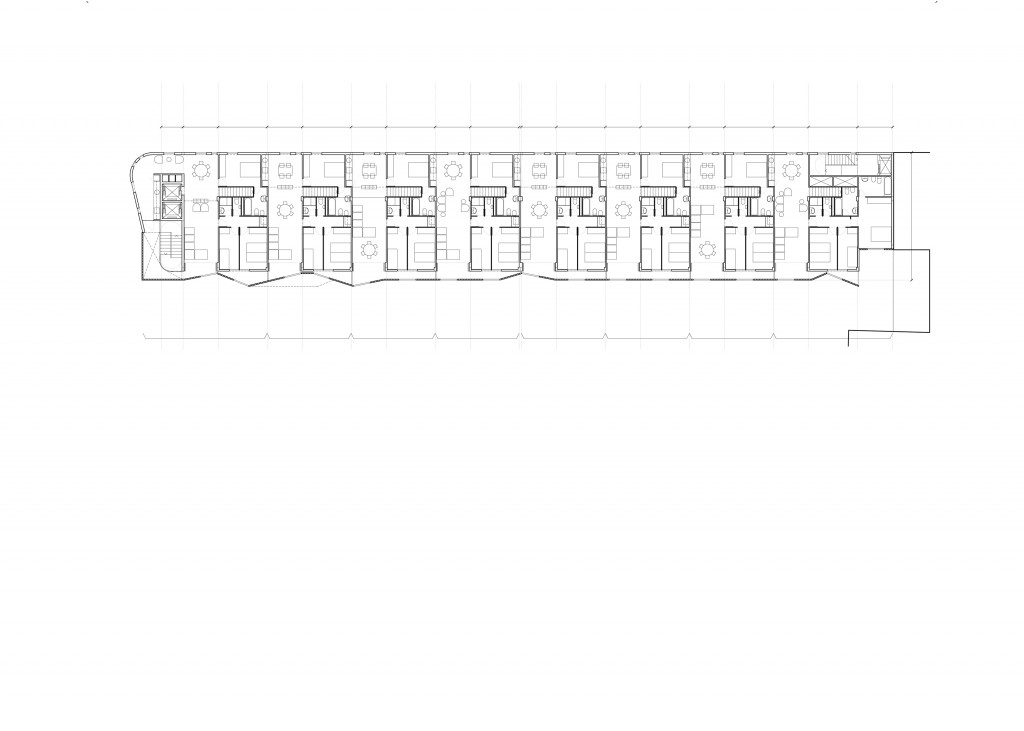 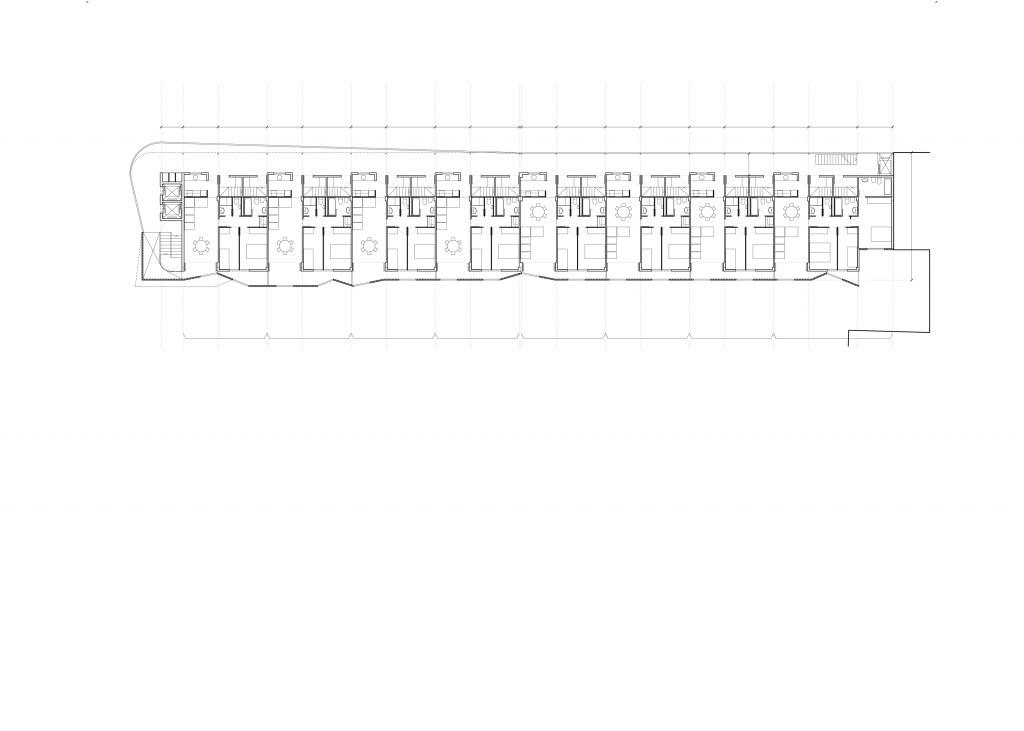 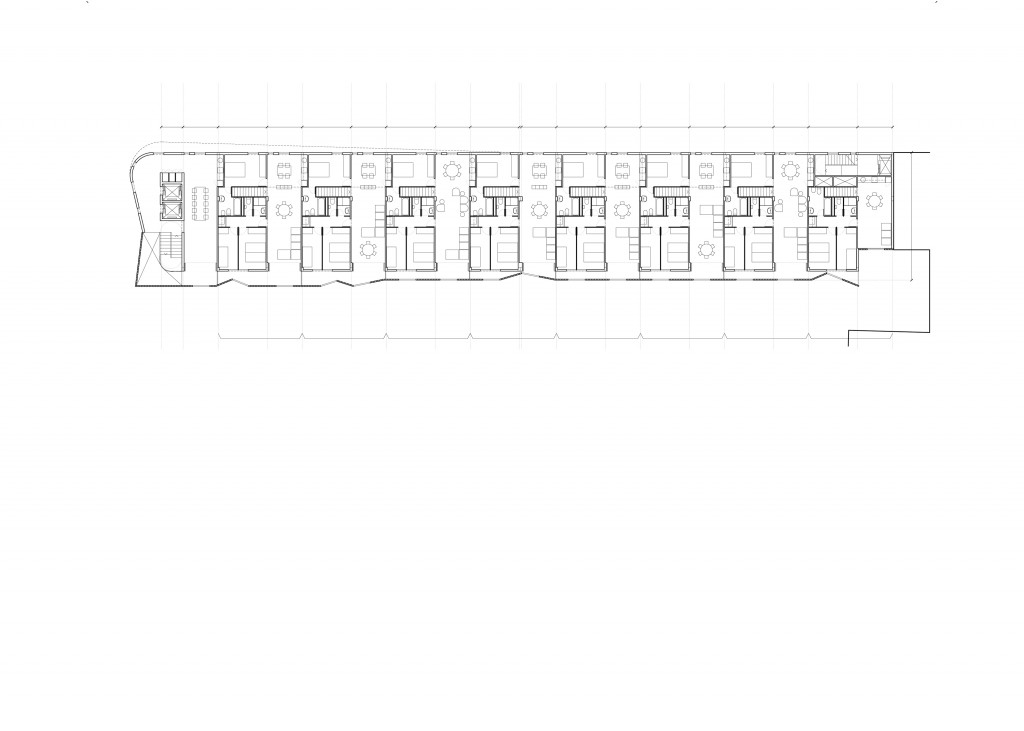 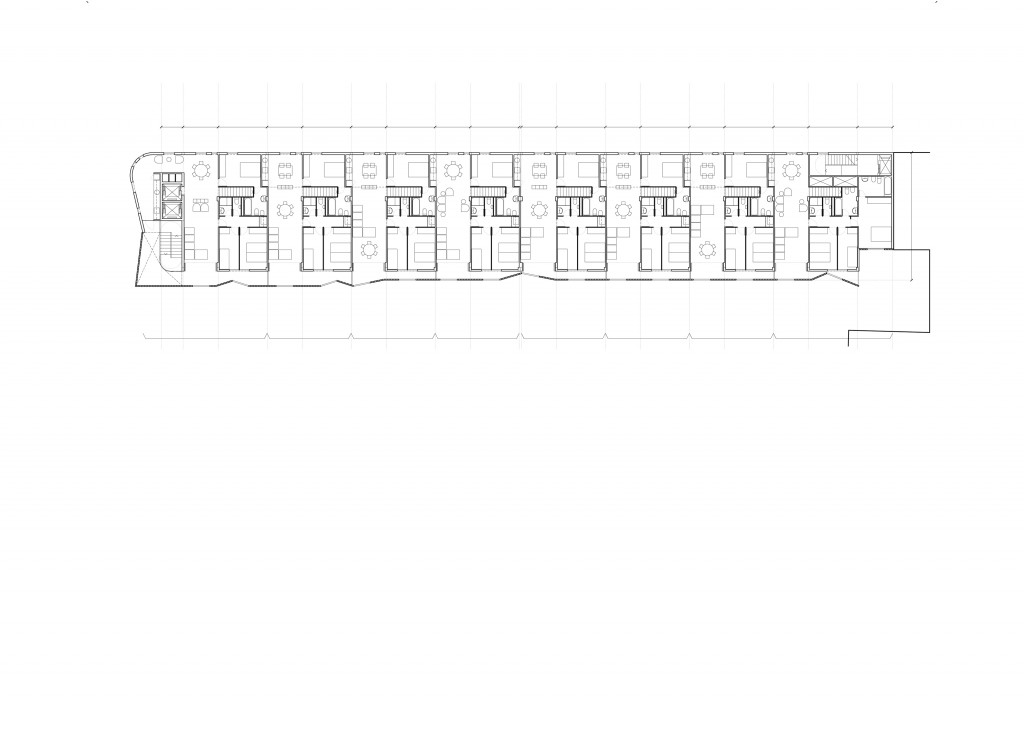 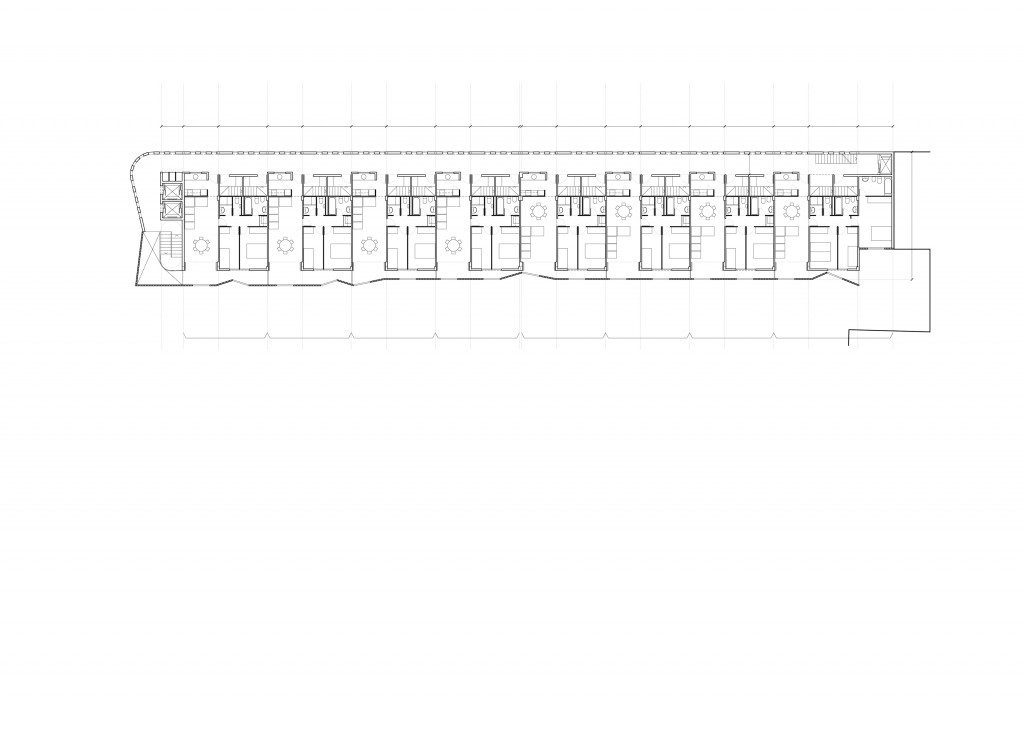 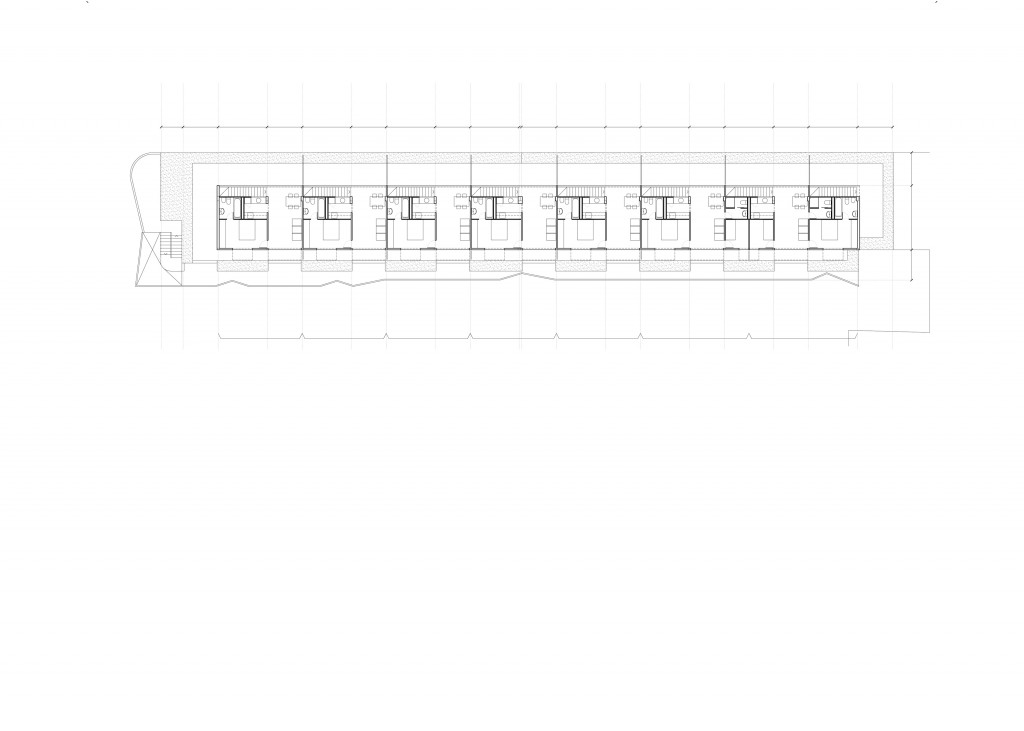 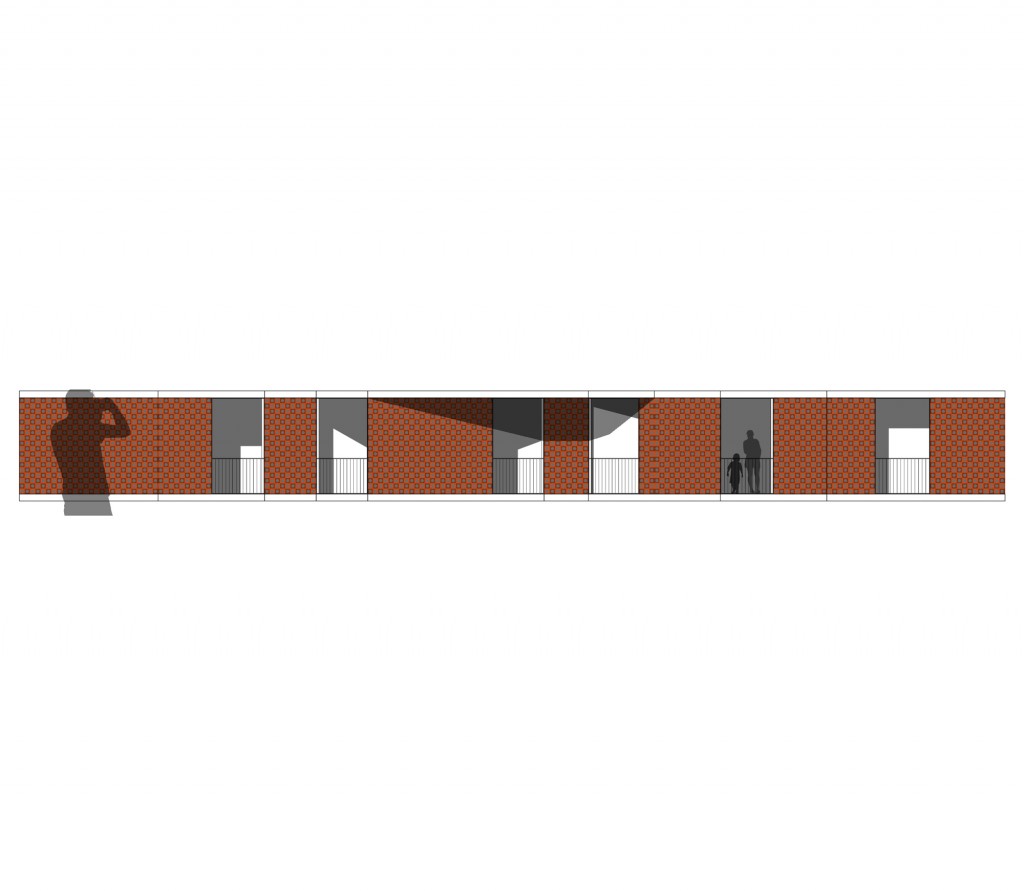 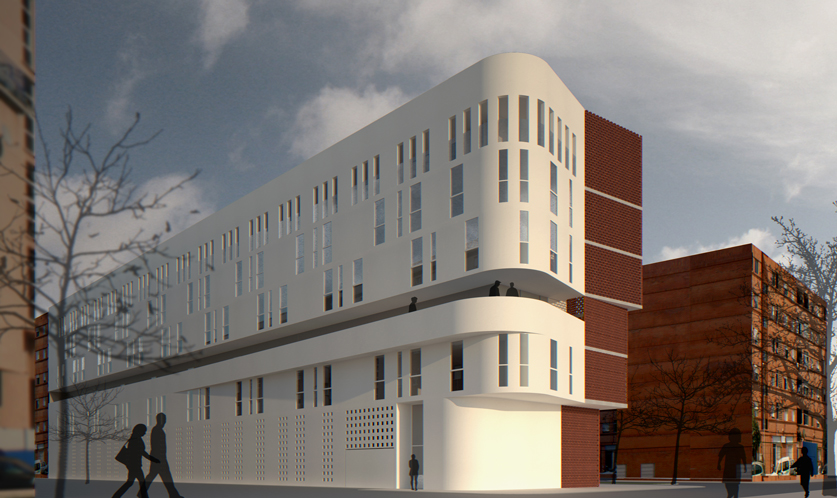 Competition organized by the Valencian Institute of Housing for the construction of 47 affordable housing units. The brief aimed to complete the existing “U” shaped housing block.  The proposed solution is based on a block of six stories with double aspect dwellings whose accessible along two exterior street-like corridors located on the 2nd and 5th floors.  All housing units have living spaces potentially open to that inner street-like corridor.  The intention of this is to enhance the sense of community and interaction between neighbours.

There are three main reasons why it was decided to place the vertical communication core on the western end of the block: (1) equality of all housing conditions based on the principle of double aspect orientation, (2) prioritize allocating the public circulation spaces over private use for the enjoyment of the views of orange groves and (3) avoid placing living spaces on the west facing facade. This also gives the opportunity to articulate a rich ending to the building, which will help providing identity and character to the block.

On the south side, the proposal offers generously sized terraces accessible from all interior living spaces. A ceramic veil made of a lattice brick wall of varying densities protects the dwellings from the continued exposure to the sun of this south facade.