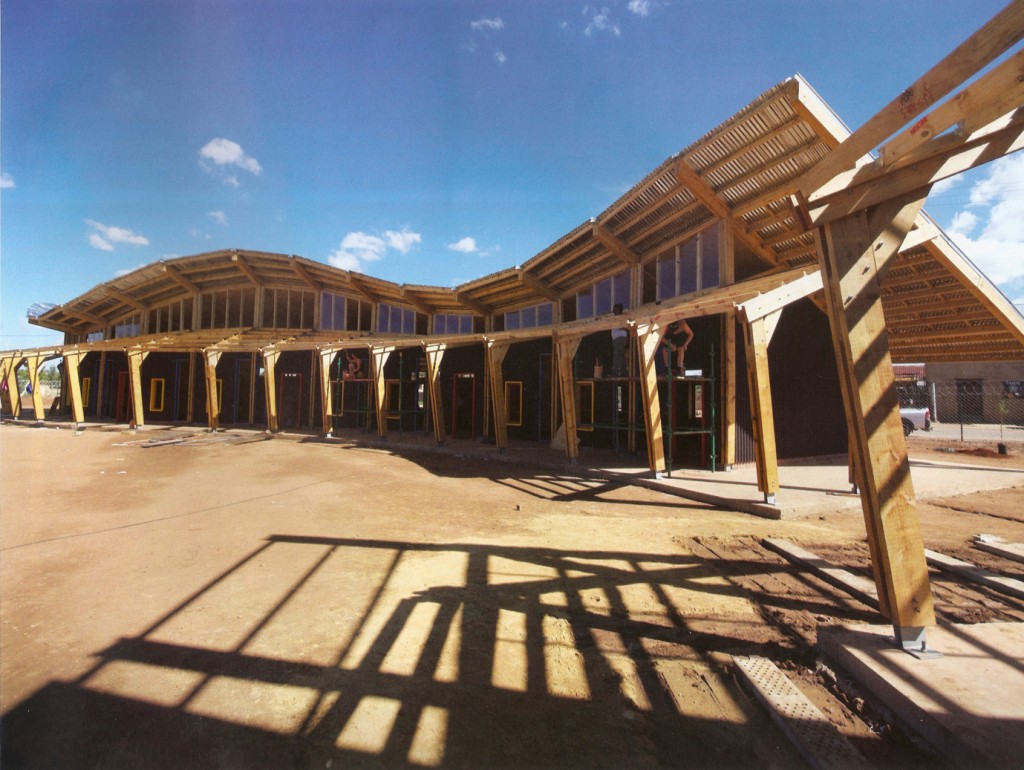 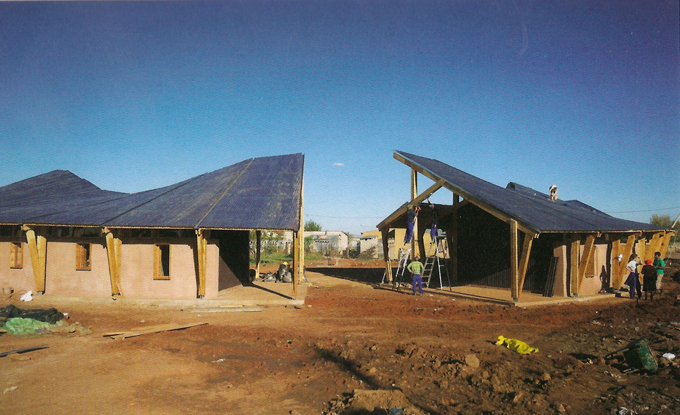 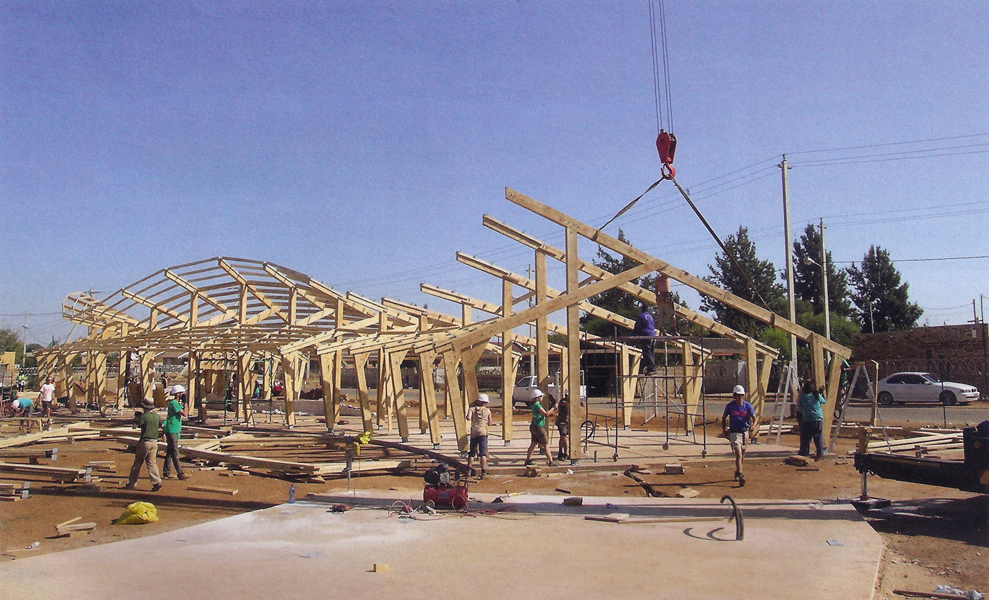 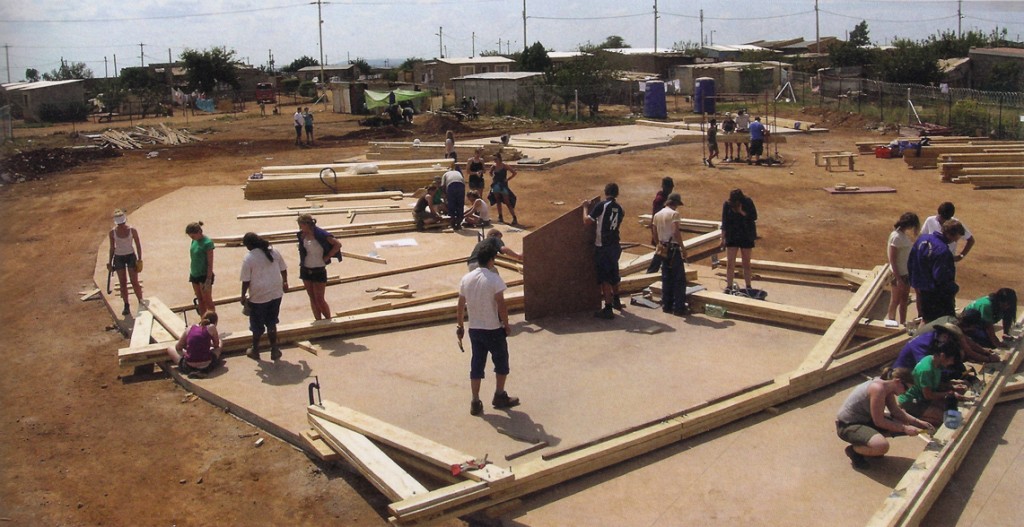 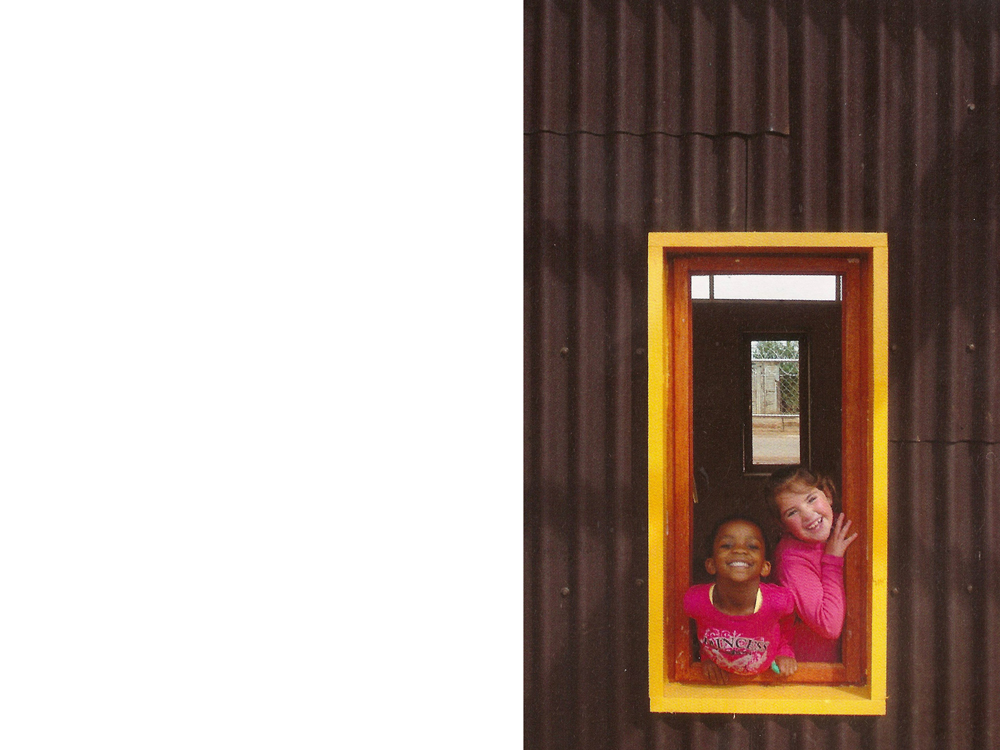 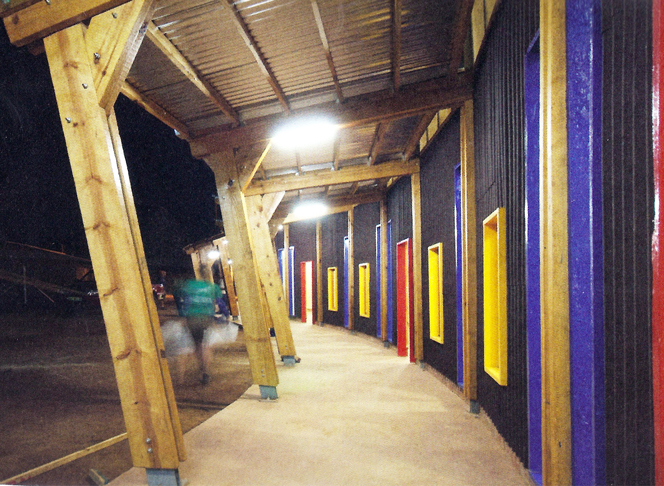 The Jouberton Nursery School built in South Africa is an extraordinary success example of an alternative architecture studio program.  It all started in September 2008 when two hundred second year students studying Architecture at the University of Nottingham’s Institute of Architecture were commissioned by Education Africa to design a sustainable nursery school for Jouberton, an impoverished township near Klerksdorp in South Africa, 250km South West from Johannesburg.

In December a panel of tutors and lecturers from the Institute of Architecture long listed the eighteen strongest proposals, three of which were chosen for further development. A team of thirty students consisting of twenty eight 2nd years and eight 5th years were selected to detail the overall winning scheme as well as taking up responsibility for fundraising, sourcing building materials and making travel arrangements to South Africa.

In June 2008, this extraordinary team of students, together with a group of local volunteers and three tutors successfully delivered the building in a record time of six weeks.  This experience will always remain in our hearts as an extraordinary reference of living together combined with a useful and special way of teaching and learning architecture.