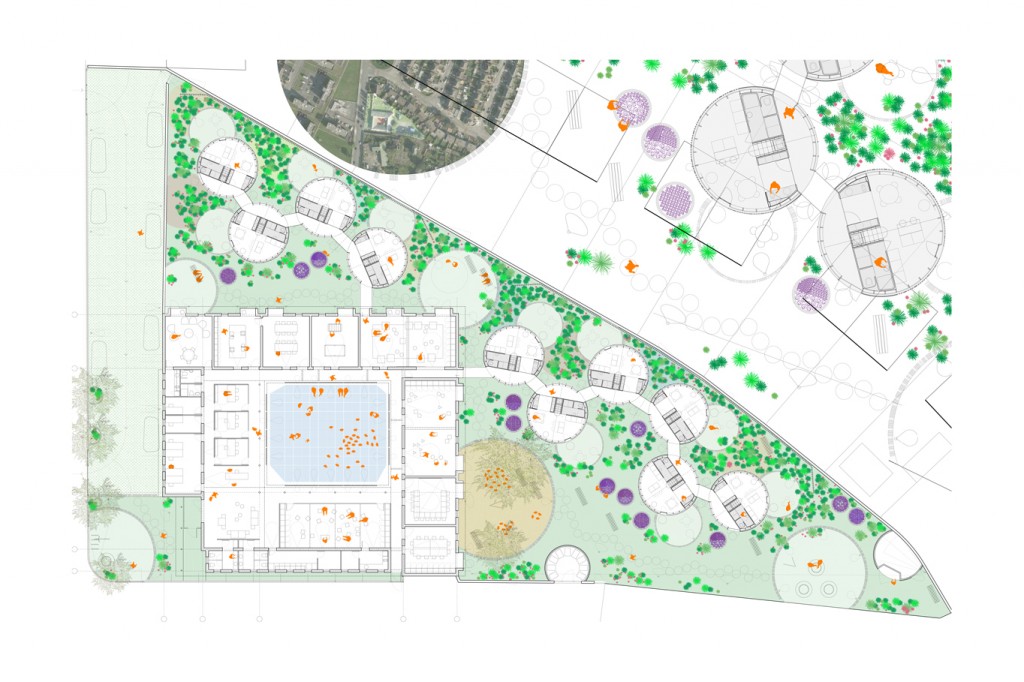 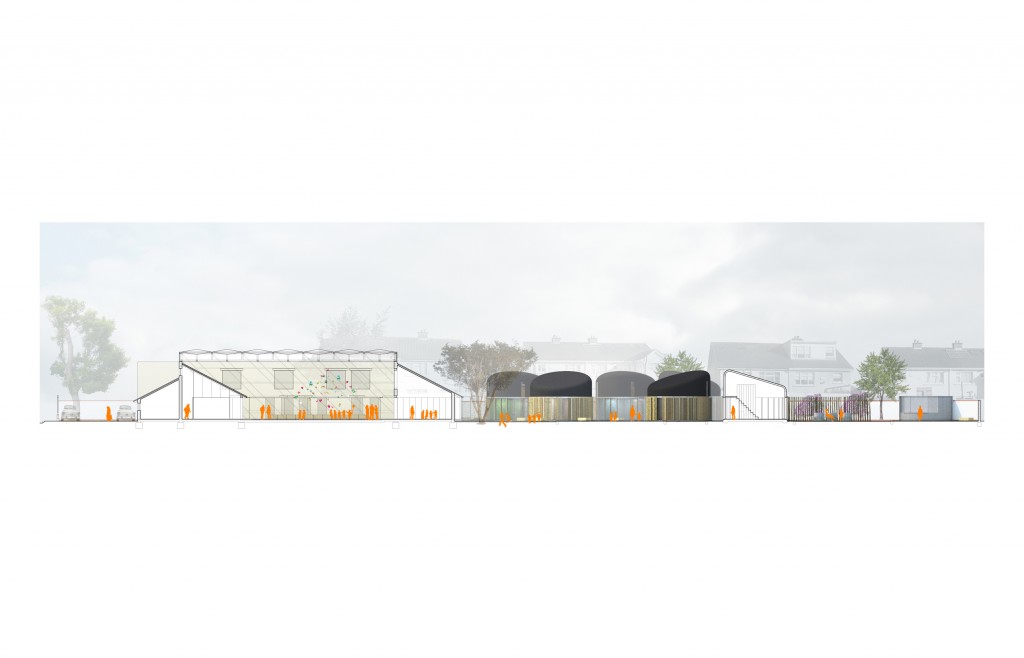 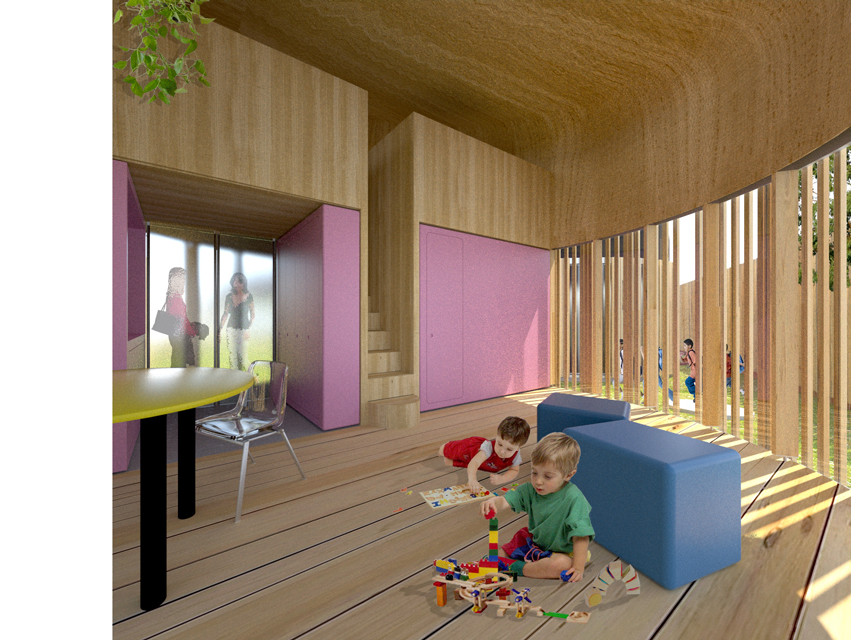 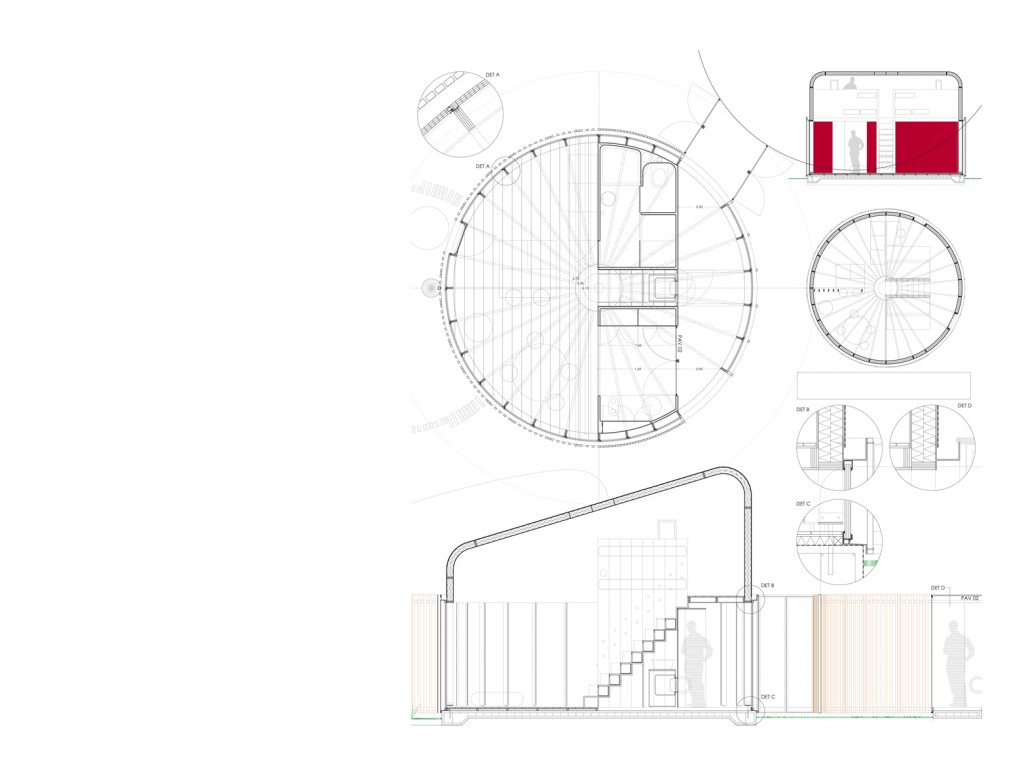 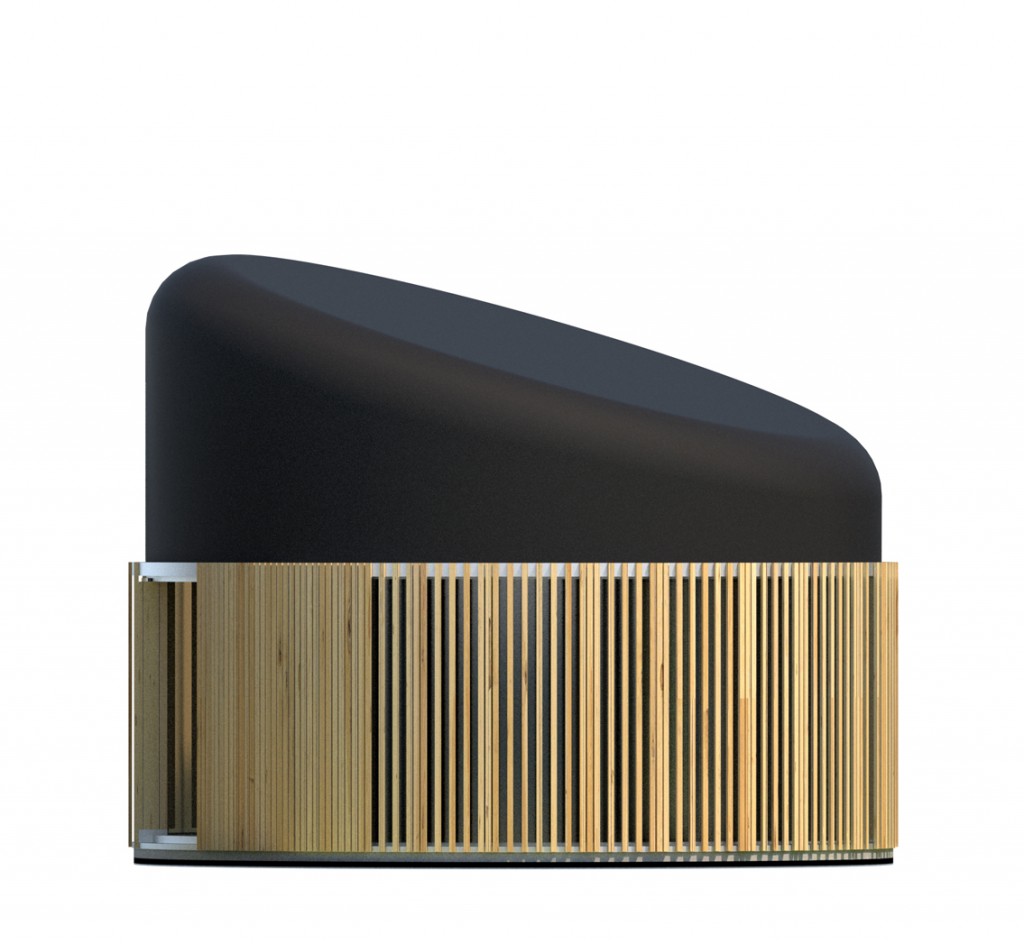 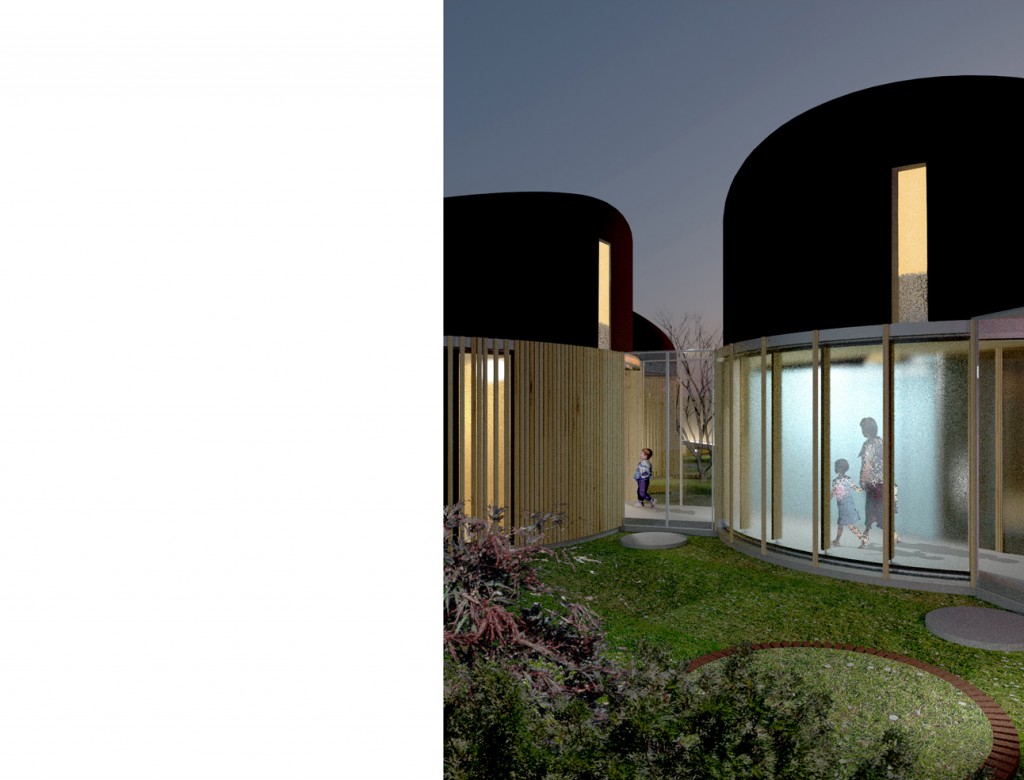 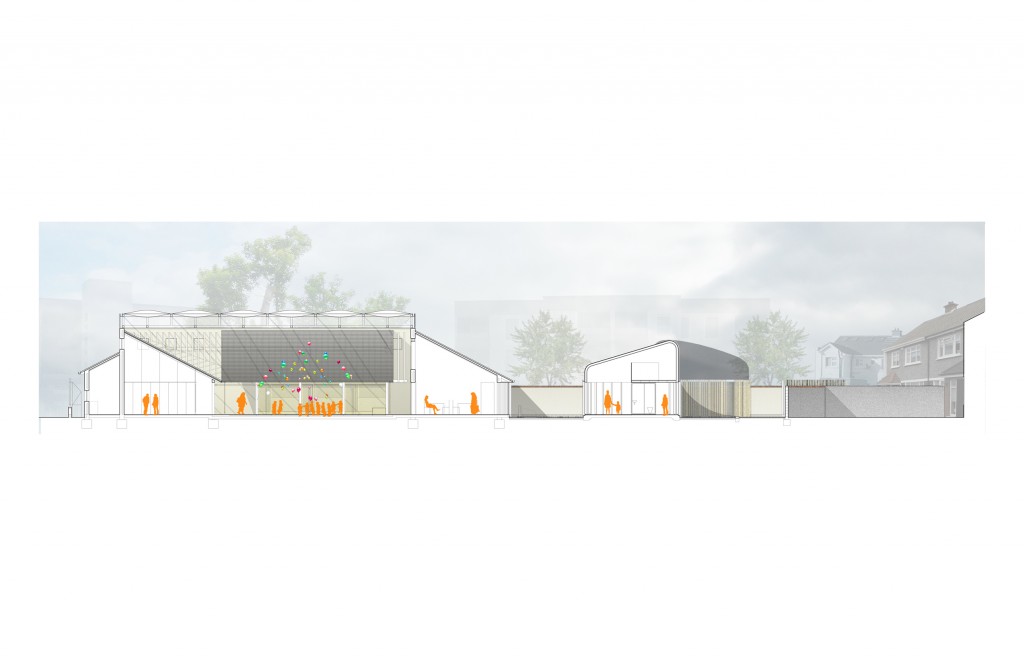 The competition called for the development of a new day centre for children suffering from domestic violence.  The new building would be attached to the existing building, currently operating as refuge for families on a shared room basis. The proposed solution is organized around three fundamental principles: (1) functional integrity of the whole, (2) empowering of the existing building and (3) recovery of the garden with the aim of locating the new housing units.

According to this, firstly, it was preferred to organize the functional program in public/private uses, rather than in new/old buildings, solving in this way the duplication of buildings implicit in the competition brief.  After studying carefully the program it was decided to place all public uses in the existing building, whereas the private uses such as the private pavilions would be located as autonomous living units in the garden.  Secondly, it was intended to keep the intervention over the existing building to a minimum, acting only and strategically by means of covering the courtyard.  In doing this, a substantial transformation in the functioning of the centre as well as in the use and enjoyment of the courtyard is achieved, regardless of the weather. Finally, it is proposed to recover the entirety of the garden by means of relocating the car park.  This frees up space for placing the new housing units in the garden, enhancing the level of autonomy of each of the resident families while bringing a feel of normality to their lives.