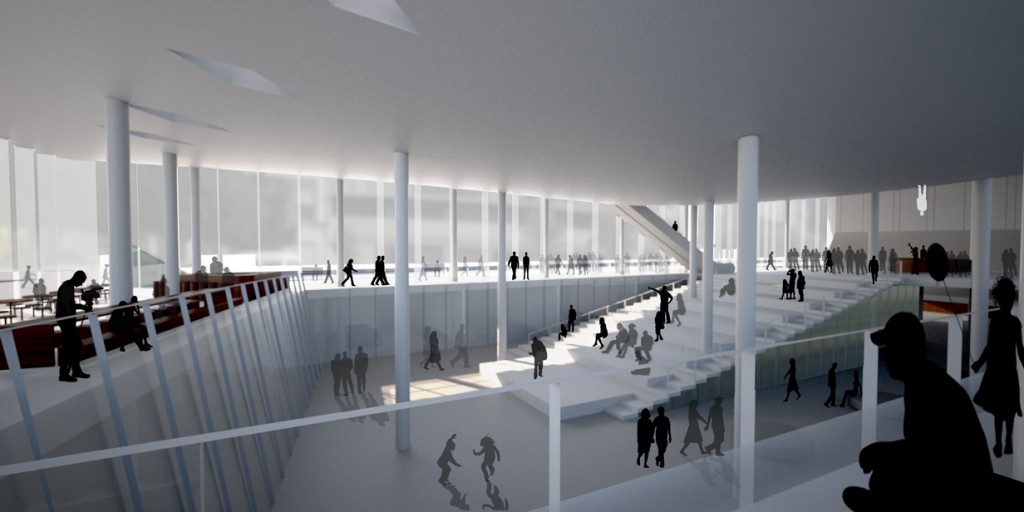 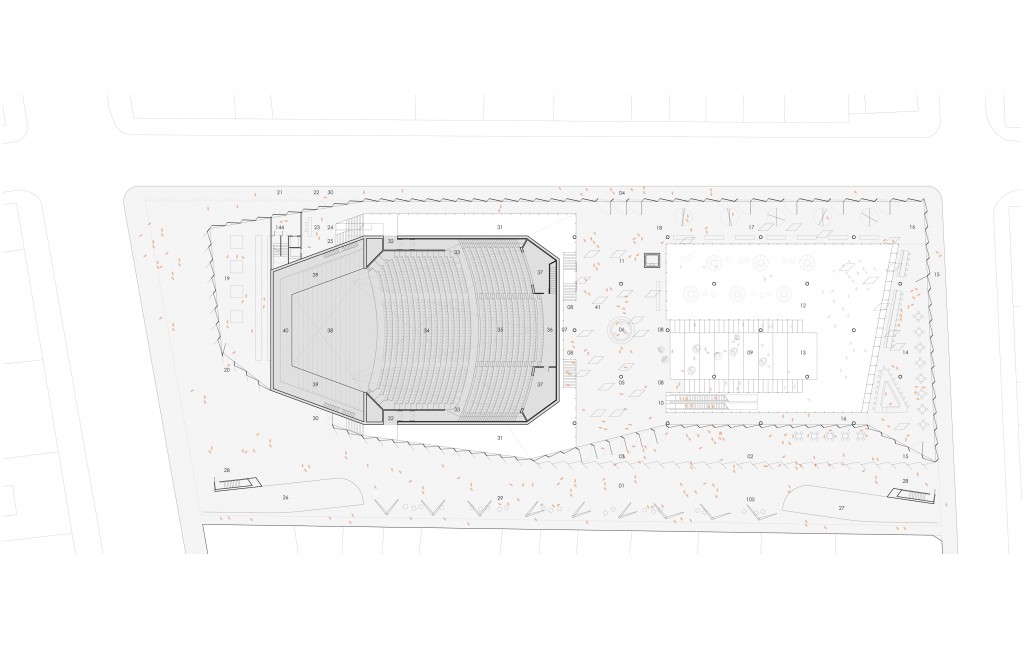 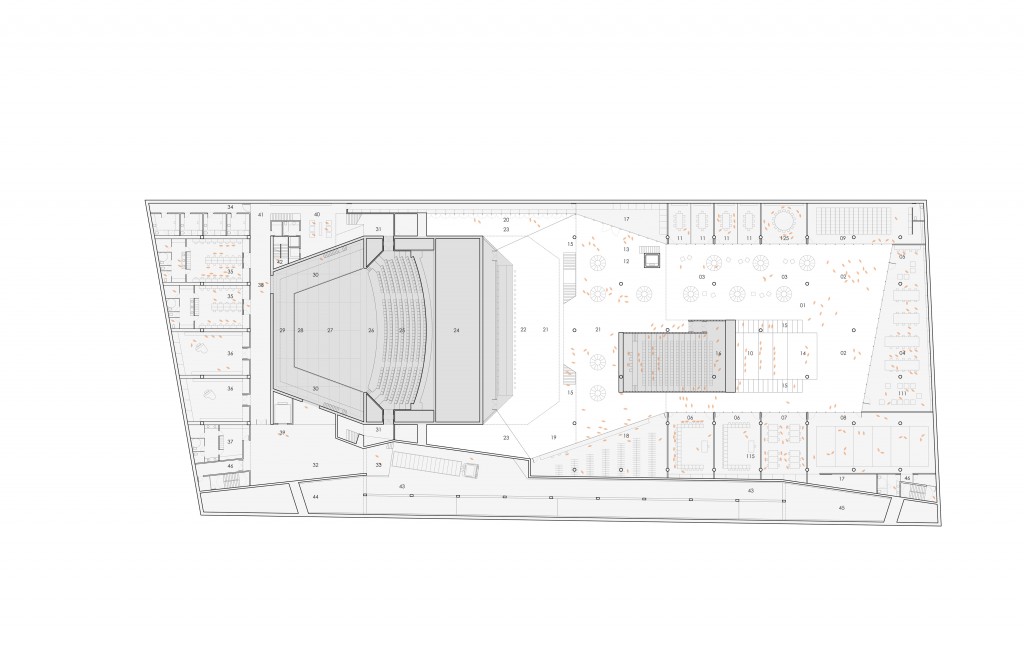 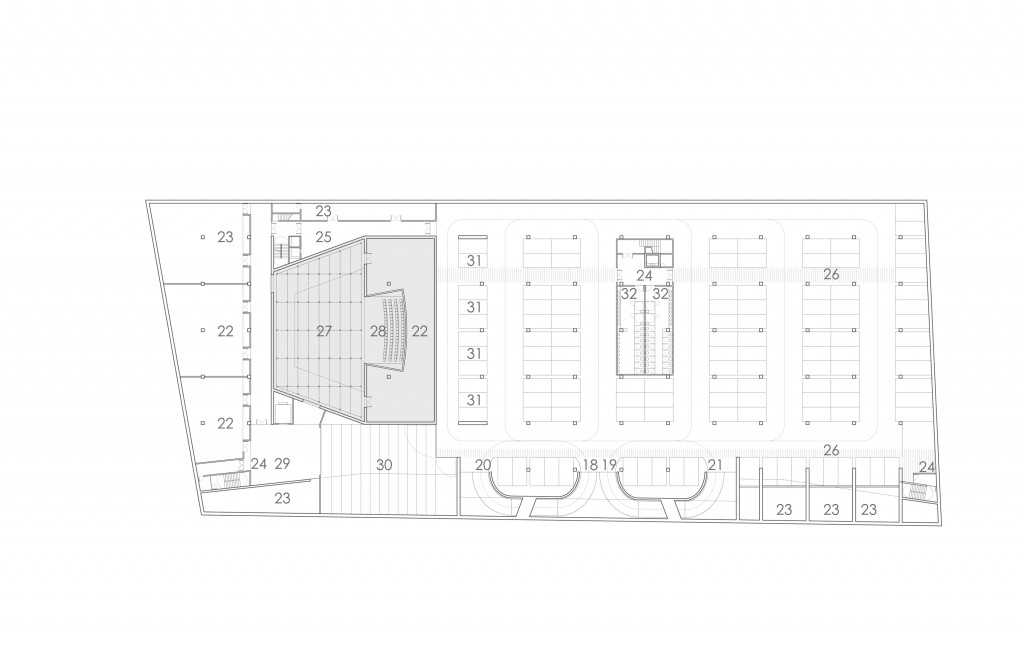 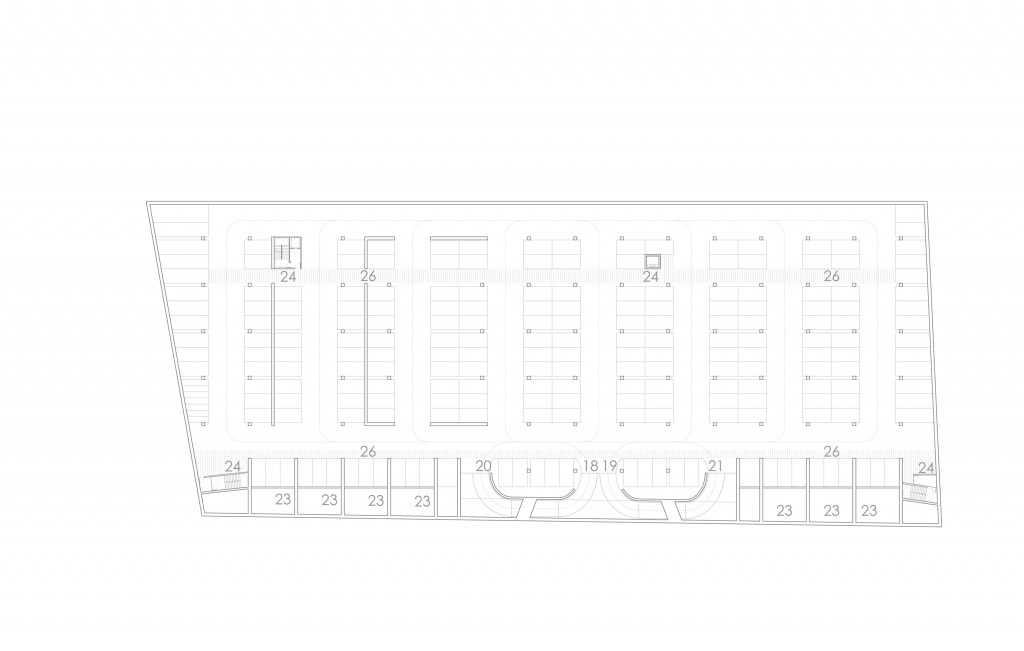 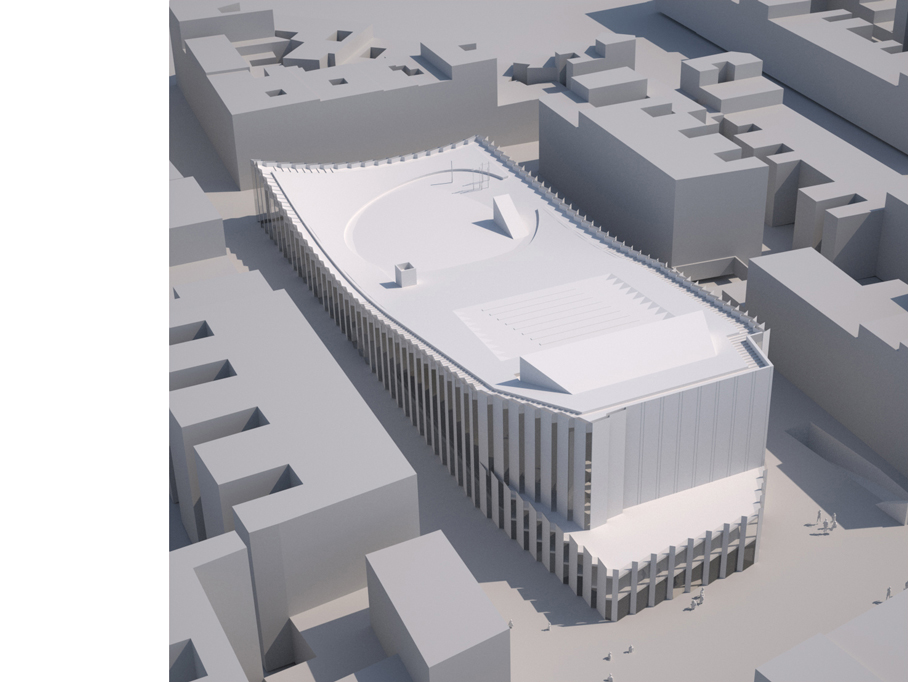 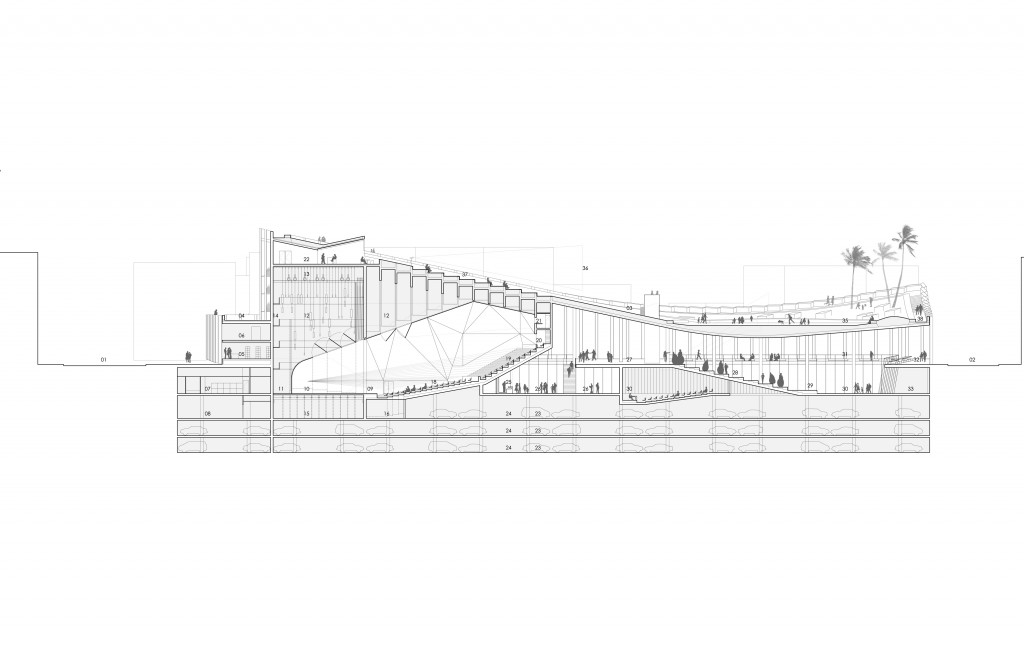 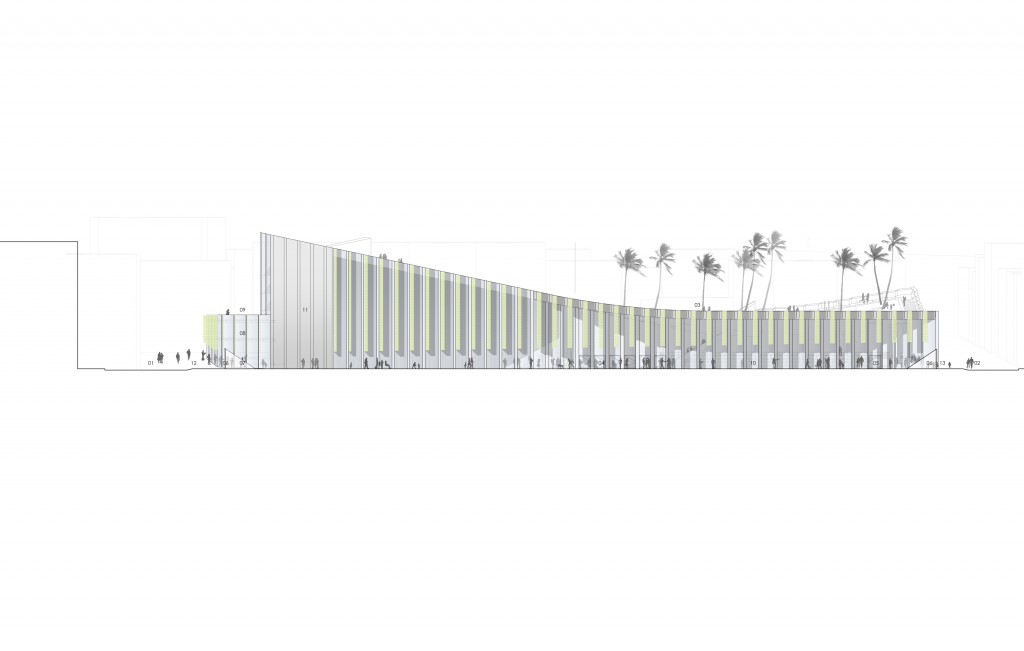 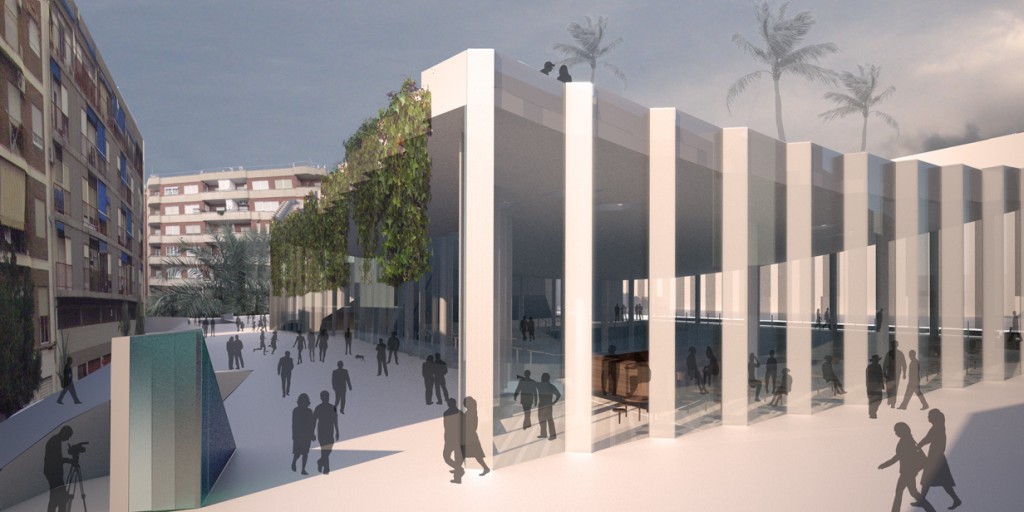 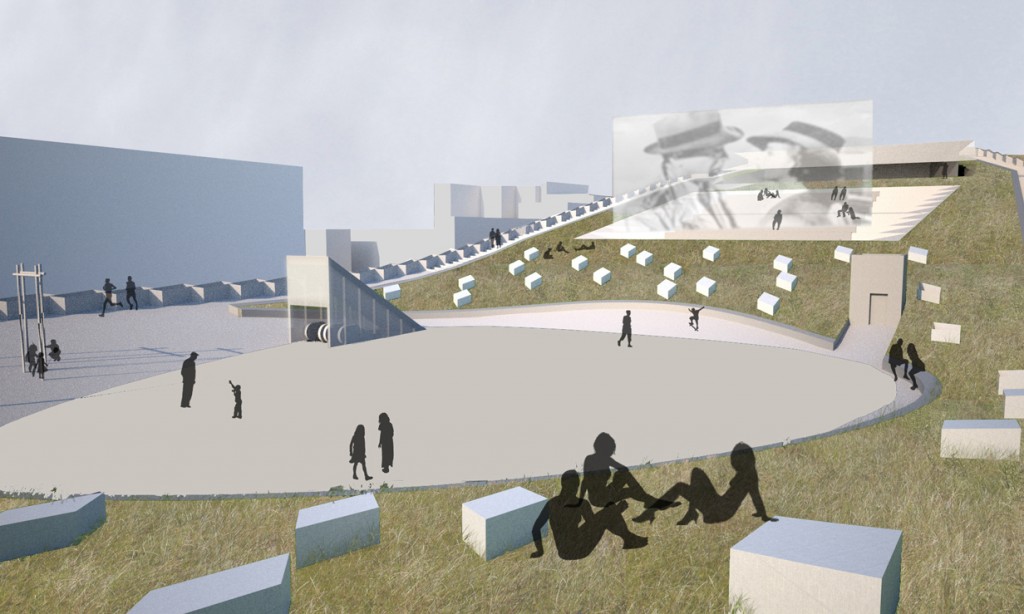 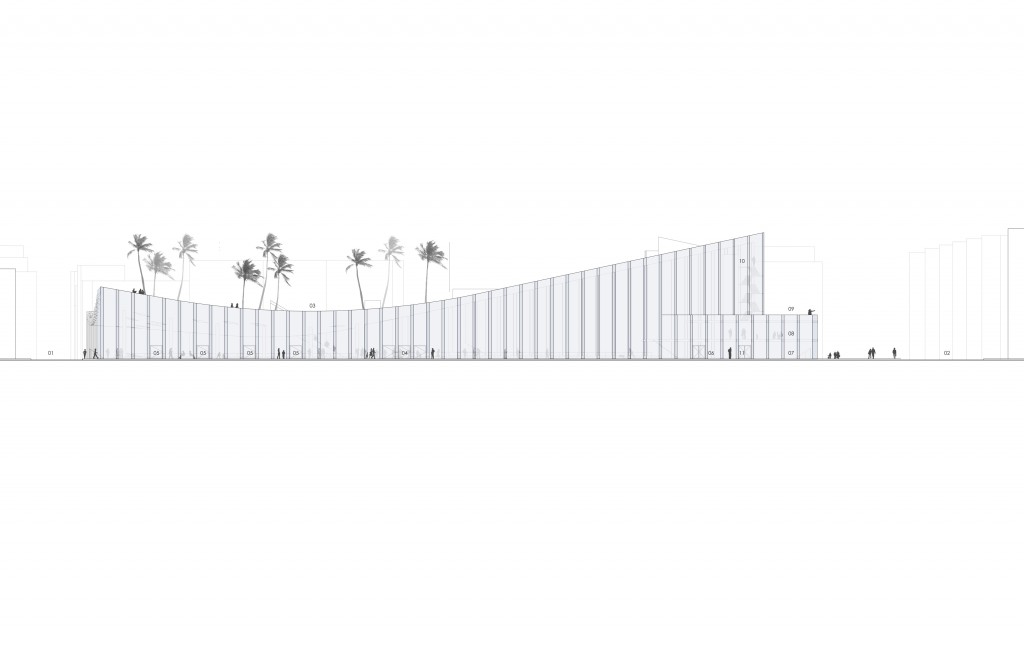 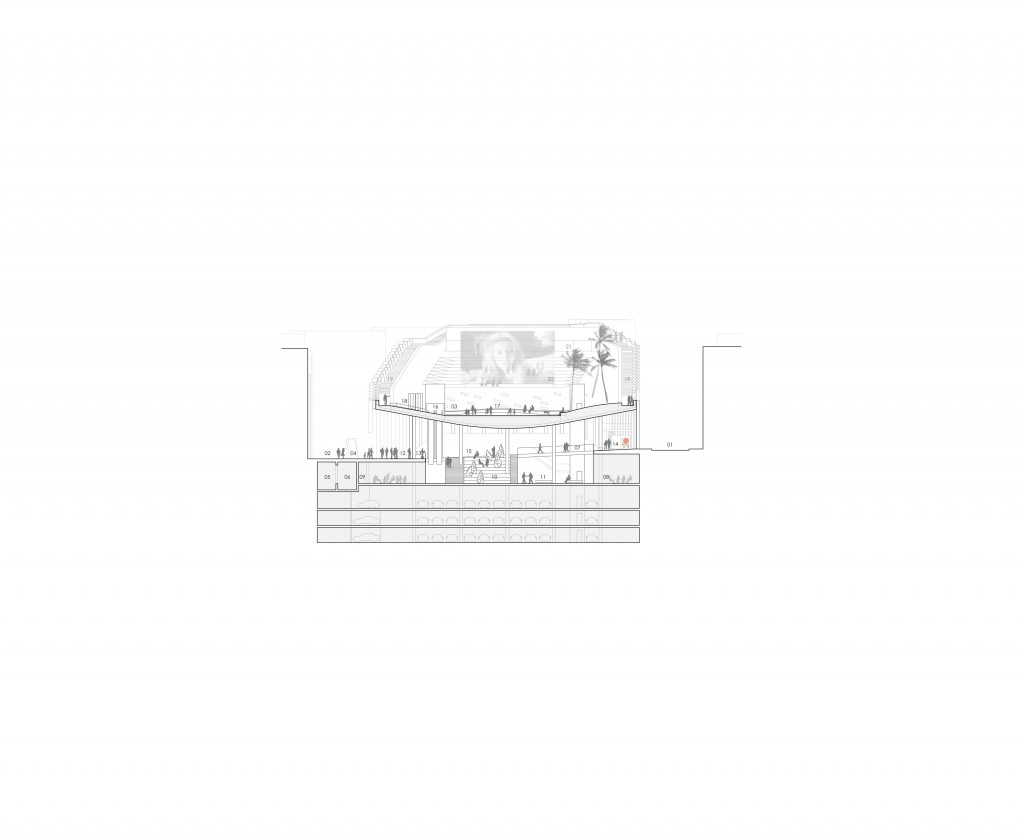 The new Auditorium & Theatre uses the large entrance hall characteristic of this typology of buildings taking it to a next level.  The entrance hall is conceived as the space of reference at all levels, both for the building and for the neighbourhood. Its ambition is to become a busy and dynamic covered urban plaza accessible around the entire perimeter with the streets.  From there it will be possible to access both, the Auditorium & Theatre and the Civic Centre, as well as a new public space rooftop covering the plaza below, where a restaurant and an outdoor cinema will be combined with large areas of palm trees, so characteristic of this town.  The Civic Centre will allow for the building to be present a maximum number of hours during the day all year around, and not only the day and at the time of each event.